Seven Samurai is certainly a great film, but is it the best foreign film of all time?

Polls are fun. They’re imperfect. They’re maddening when they don’t match your tastes. But they get people talking about the subject, which is the whole point of the poll. For a while now, BBC Culture has been running polls on cinema. In 2015, the web site asked 62 international film critics to determine the 100 greatest American films of all time. (To no one’s surprise, Orson Welles’s Citizen Kane landed at the top of the list.) The following year, 77 film critics from around the world weighed in on the 100 greatest films of the 21st century. (To some surprise, David Lynch’s Mulholland Drive came in at No 1.) In 2017, the poll asked 253 film critics from 52 countries to determine the best comedies ever made. (The best of the best? Billy Wilder’s Some Like It Hot.)

Given that each of these polls ended with an American-made film in the top spot, BBC Culture decided to do something about it. They asked 209 critics in 43 countries to find the best in world cinema (i.e. in a language other than English). The results were published on 30 October. The winner? Some obscure little Japanese film called Seven Samurai. I’m kidding, of course – but a part of me wishes I weren’t. For a change, it would be nice to see an unknown, unheralded film on these lists. And it’s not too much of an ask. Critics, after all, see practically everything that’s out there, and there’s surely a little-heard-of film they liked. Or maybe they’re waiting to put that film on a “100 greatest films you’ve never heard of” list.

Either way, the loss is ours. To explain why, let’s talk about what the various uses of lists are. One, to make a bucket list of films to watch. (A list is a handy reminder. Today, though, you can just browse the Internet and make up your own list from others’ “best of” lists.) Two, to assess critical tastes. (Does Jean Renoir’s La Grande Illusion, released in 1937, still cut it today? , released in 1937, still cut it today? Do the critics still rate it as highly?) Three, to give cause for outrage. (Pather Panchali is on the list and Charulata isn’t?) And so on, and so forth. But the Internet has changed things. There are so many discussions about cinema that one doesn’t need a poll to be reminded about certain films, unless it’s a contrarian opinion. I’d love to hear from someone who can put forth a cogent argument on why, say, Seven Samurai is overrated.

How much of the film’s greatness lies in the fact that it was one of the first non-European art films to hit the Western world? What if Western critics had been exposed to a steady diet of Japanese cinema? They would have been wowed, for sure – it is all kinds of amazing – but would it have zoomed up to No 1? What do top Japanese critics think of the film? After all, even the French New Wave critics felt the works of Kenji Mizoguchi were far better. Jacques Rivette said, “You can compare only what is comparable and that which aims high enough... [Mizoguchi] seems to be the only Japanese director who is completely Japanese and yet is also the only one that achieves a true universality, that of an individual.” To these critics, Kurosawa was too Western, Mizoguchi more authentically Japanese. They would have balked at the fact that the highest Mizoguchi finds himself on the list is at No 61, with Sansho the Bailiff.

These are the factors that muddy up lists. I have no problem with a single critic making his or her list of films. Such a list would be interesting and have real value. Let’s say Rivette made a list. It would be a list made by a French filmmaker and a former critic. We’d see what kind of films such a man would find worthy of mention. Similarly, we’d look at Roger Ebert’s list and see how an American critic of such-and-such vintage would rate a bunch of films, which ones he would single out. But when you bring Rivette and Ebert to weigh in on the best films, the exercise becomes weirder. After all, cultural difference has so much to do with the way we respond to cinema. It’s not just about technique (which, one can assume, would be easier to evaluate on a “standard” basis) but about how something makes us think and feel.

Yes, you could argue that the greater the number of critics from various countries, the more it all evens out – so if a majority of them went with Seven Samurai, then so be it. Even so, I’d find it difficult comparing, say, something as free-flowing as Alfonso Cuarón’s Y Tu Mamá También (No 77 on the list) with something as formal as Michelangelo Antonioni’s L’Eclisse (No 70). There’s no real solution, of course. You can’t keep making separate lists of free-flowing films and formal films – and yet, we view them very differently. They are made very differently, and they produce very different reactions in us. The “100 greatest American films of all time” list had Citizen Kane at No 1, and the “best comedies ever made” found Some Like It Hot at the top. So are we to automatically infer that Citizen Kane is a greater film than Some Like It Hot?

Even if you forget the issue of lumping various genres into a list, there’s the question of time. It changes things. What was avant-garde in the 1940s may seem dated today. Do we evaluate Citizen Kane on how groundbreaking it was in 1941, or based on how it plays today, when so many of its techniques are taken for granted? That’s why I think we should abandon “best of all time” lists in favour of “best of the decade” lists. Among the films of the 1940s, then, there would be less uncertainty about crowning Citizen Kane as No 1. The more specific the parameters, the more valuable the list. Seven Samurai is certainly a great film. But even among Kurosawa’s work in the epic mode, how would you compare it with the more contemplative Kagemusha (1980)? I’d just say both are No 1 films, separated by decades. That’s also how you recognise a No 1 filmmaker. 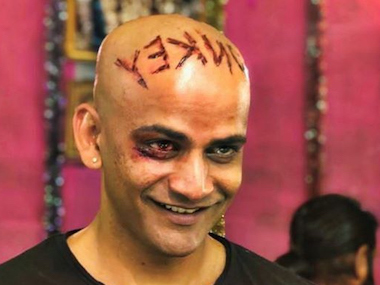 Popcorn Monkey Tiger director Suri on what inspires him to make 'edgy' films: 'I make films for regular people' Trance releases worldwide a week after Kerala premiere; why Malayalam cinema should aim for simultaneous opening