Selvaraghavan casts Santhanam for his next flick, an as-yet-untitled comedy

Filmmaker Selvaraghavan, who is currently busy wrapping up Tamil horror-thriller Nenjam Marappathillai, will next team up with actor-comedian Santhanam for a yet-untitled project in the language. 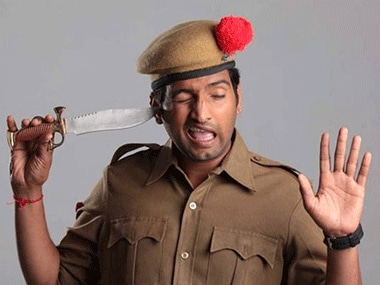 "It will be Selvaraghavan's first attempt at full-length comedy set against the backdrop of the IT industry. The project will go on the floors as soon as Santhanam wraps up Server Sundaram," a source told IANS.

However a Deccan Chronicle article, quoting a reliable source, says that the romantic film will go on the floors in October.

Sharing the news on his Twitter page, Selvaraghavan wrote that he's really looking forward to working on this project.

Hi friends very glad to announce my next project in association with director @selvaraghavan . More details reg. the project to follow soon.

Very happy to announce that my next film will be starring @iamsanthanam ..looking forward. https://t.co/CJM7sy5dz4 — selvaraghavan (@selvaraghavan) July 15, 2016

An article by Sify Movies suggests that the yet- untitled film will be set in an urban background and will have Santhanam in a completely new look.

Basking in the success of latest horror hit, Dhilukku Dhuddu, this project will mark Santhanam's first collaboration with Selvaraghavan.

The rest of the cast and crew are yet to be finalised.