Kolkata: Satyajit Ray's popular fictional creation Professor Shonku, an incredible Bengali scientist and inventor, is set to be brought alive on celluloid by Ray's son and noted Bengali film director Sandip Ray towards the end of next year. 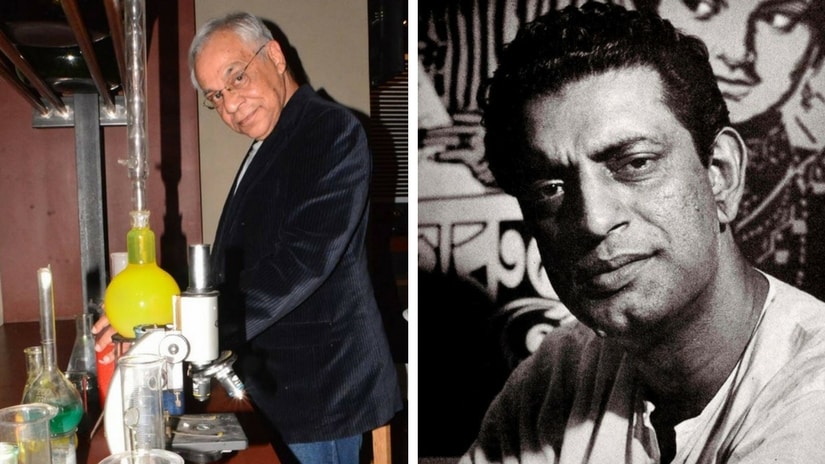 Noted Bengali actor Dhritiman Chatterjee, who acted in a number of films by Satyajit Ray, would portray the title role in the film, to be produced by SVF, one of eastern India's most prominent production house.

On making a film on Professor Shonku stories, an immensely popular science fiction among the Bengali bibliophiles, Sandip Ray said the project would be exciting and challenging.

"I had plans to make a film on Shonku for a very long time but earlier we did not have enough technical expertise required for the special effects that the film would need. Now we have that advantage. So I feel this is the perfect time to make a Professor Shonku film," he said.

"I know it would be an extremely challenging project given the amount of diverse and fictional elements in the story. The biggest challenge is to ensure the film stands up to the expectations of the people who love Shonku," he said.

Ray, who has also made a number of films on his father's famous detective character Feluda, said the story chosen for this film, has a terrific plot and is also one of his personal favourites.

"This would be a multilingual film. If this venture is successful, I would love to make the next film out of Ek Shringo Abhijan, where Shonku goes to Tibet, to find out about a Unicorn," he added.

Stating that making a film on Shonku was in discussion for a long time, Chatterjee said he is happy that finally various factors have come together to make the film happen.

"The offer did not come to me as a complete surprise as we have been discussing the possibility of the film for a long time. However, nobody was sure it would happen because of the scale and the finances involved. It is wonderful that the film is finally happening," he said.

He said the director has also changed the narrative format of the story that is written in the form of a diary, to make the protagonist a more active participant in the chain of events. Professor Shonku is a fictional scientist and inventor created by Satyajit Ray in a series of science fiction stories since 1965. The character was inspired by Sherlock Holmes creator, Sir Arthur Conan Doyle's Professor Challenger.

The story to be filmed is about an adventure of the scientist and Nokurbabu, who has ability to make others see what he is thinking, to the South American jungles in search of the mythical city of El Dorado.

Remembering Nemai Ghosh: The unassuming man behind the extraordinary photographer