Mumbai: The Maharashtra forest department has served a notice to Salman Khan and five other members of his family for what it claimed were illegal construction at the Bollywood star's farmhouse at Panvel.

The notice was served on 9 June in the name of the actor's father Salim Khan, based on a complaint by a non-resident Indian who also has a property in Panvel in adjoining Raigad district, according to a forest department official. Salim Khan was given seven days time to respond, according to the notice. 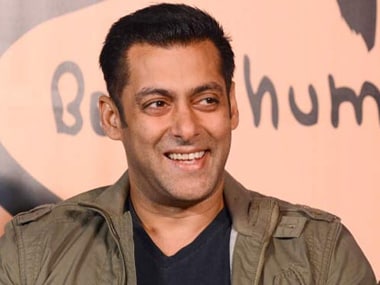 It stated that the ownership rights of the property, called Arpita Farms, located at Wajapur area of Panvel, rest with Salman Khan, his sisters Alvira and Arpita, brothers Arbaaz and Sohail and mother Helen.

Asked about the action taken against the Khan family since the seven-day period to respond had lapsed, Maharashtra forest minister Sudhir Mungantiwar said that "due process was being followed".

When contacted, Salim Khan told PTI that all legal procedures were followed before the construction work was undertaken. "All my structures have been regularised and the necessary fees were also paid. There is no illegal construction," the veteran scripwriter said.

The notice said, "An offence was registered on November 21, 2017 on account of violation of the Forest Act for carrying out cement/concrete construction at your Arpita farms."

It said that according to records, unauthorised construction was carried out on several occasions and therefore, various offences were registered.

"Investigations showed that the farmhouse belongs to the entire family of Salman Khan, Alvira Khan, Arbaaz Khan, Arpita Khan, Helen Khan and Sohail Khan. So, (you need to explain) why your family should not be believed to be collectively involved in carrying out unauthorised construction and violation of forest laws," the notice said. "It also seems that despite committing these offences, you have regularised the premises by misleading the state and the central governments," it said.

"If you do not give any explanation in the matter within the said time, it would be presumed that you have nothing to say in the matter and legal action shall be taken against the entire family," the notice warned.

Mungantiwar said the notice was issued to the Khan family when the complaint was received regarding "illegal" construction at the sprawling farmhouse. "As soon as we receive a complaint, we send a notice to the person concerned to explain his stand. If the necessary papers are furnished, then no action taken is taken," he said.