Rose McGowan on Anthony Bourdain suicide: 'He put down his armour, was very much his choice'

Actress and author Rose McGowan released a letter on Monday, urging people not to assign blame in Anthony Bourdain’s suicide – and addressing the struggles endured by the famous chef and his girlfriend, Italian actress and director Asia Argento. McGowan described Bourdain’s suicide as his own “horrible choice” and wrote that “his depression won” in the heart-wrenching letter.

“In the beginning of their relationship, Anthony told a mutual friend, ‘He’s never met anyone who wanted to die more than him.’ And through a lot of this last year, Asia did want the pain to stop,” McGowan wrote in the letter, which was released on Monday and received by The Hollywood Reporter.

“But here’s the thing, over their time together, thankfully, she did the work to get help, so she could stay alive and live another day for her and her children,” McGowan wrote, referring to Argento.

“Anthony’s depression didn’t let him, he put down his armour, and that was very much his choice. His decision, not hers. His depression won.”

Argento and McGowan both accused Harvey Weinstein of rape and have been vocal advocates of the #MeToo movement. McGowan says in the letter that Argento has been though “more than most could stand”. “She stood up to her monster rapist and now she has to stand up to yet another monster, suicide,” she wrote.

Bourdain, 61, was discovered dead in a French hotel room on 8 June. Argento said in a statement on 8 June that she was “beyond devastated” by Bourdain’s death.

Bourdain’s estranged wife posted a photo on Monday of their daughter Ariane, 11, performing at a concert while wearing boots her father had gotten her.

Our little girl had her concert today. She was amazing. So strong and brave. She wore the boots you bought her. I hope you are having a good trip, wherever you are.

On 8 June, after receiving news of Bourdain’s suicide, McGowan had written an open letter to the author and chef that read in part, “You were not just loved, your were beloved. And you chose a permanent solution to a temporary problem.” 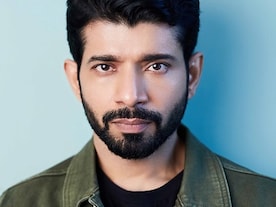 Paatal Lok: How Sudip Sharma created the Amazon Prime series no one can stop talking about