Superstar Rajinikanth on Thursday expressed concern over violence in various parts of the country over the Citizenship Amendment Act, saying violence and rioting cannot be a way to find a solution to any issue.

Though the actor did not specify any incident, he said, "the ongoing violence gives me great pain."

"Violence and rioting should not become a way to find a solution for any issue. I request the people of India to stay united and vigilant keeping in mind the nation's security and welfare, " he said in a tweet.

"The ongoing violence gives me great pain," he added.

The actor's statement comes on a day when Uttar Pradesh and Karnataka were rocked by violence during protests against the amended Citizenship Act, with two persons being killed in Mangaluru in police firing.

In Lucknow, anti-CAA protesters went berserk in parts of the city, hurling stones and damaging police outposts and a number of vehicles mainly in the Old City areas of the Uttar Pradesh capital, forcing police to use tear-gas shells to control the situation.

A man died of a firearm injury while passing by a demonstration, but police denied the death was linked to police action. Indian diaspora protests CAA-NRC in Munich; demonstration part of fresh round of agitations across Europe this month 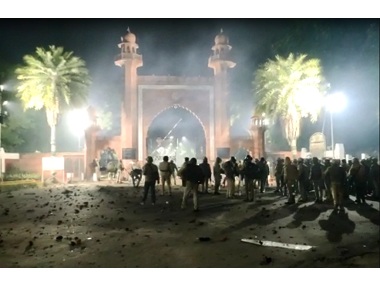