The shooting of Meghna Gulzar's Raazi starring Alia Bhatt and Vicky Kaushal is underway. Based on Harinder S Sikka's novel Calling Sehmat, the cinematic adaptation will see Kaushal essaying the role of an Indian Army officer married to a Kashmiri spy, portrayed by Alia Bhatt. The story is set against the backdrop of the 1971 Indo-Pak war.

A slew of pictures have been released from the sets of the espionage thriller, and Bhatt seems to be nailing the de-glamoured yet robust look completely. Although, she has played a Plain Jane earlier in Udta Punjab, it seems like she is aiming for the simple look again. The pictures are from the film's sets in Malerkotla in Punjab, according to bollywoodhungama.com. Alia Bhatt on the sets of Raazi. Images from Twitter. 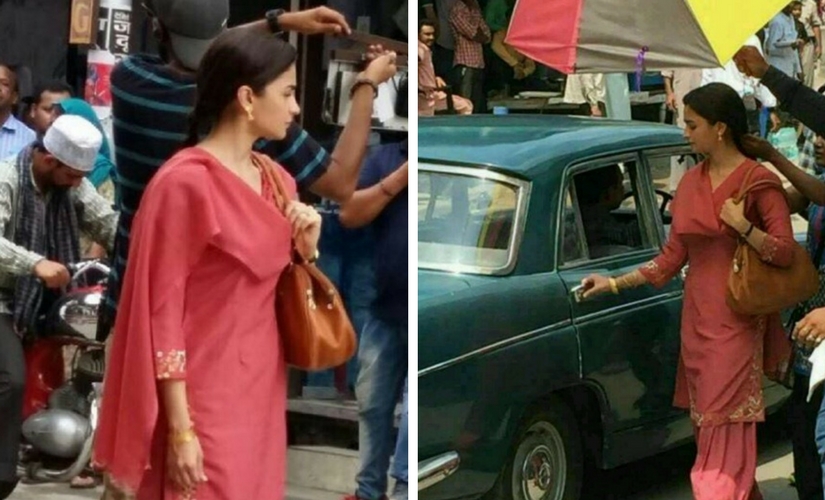 Alia Bhatt on the sets of Raazi. Images from Twitter.

In the pictures, she is dressed in a salwar-kameez while going about her day like a regular person. In one of the photographs, she is also seen sporting a burqa while in a rickshaw. Details of her co-star's character are still under wraps, while conjecture about Bhatt's look and character continues.

Produced by Junglee Pictures & Dharma Productions, the film is slated to release on 11 May, 2018.