Qandeel Baloch was done being a woman in Pakistan: A note from Karachi

When I woke up on Saturday morning, the first thing I heard was news of Qandeel’s murder. I thought, like many must have, that this was just another publicity stunt. After all, she was a social media celebrity known to leave no stone unturned in her quest for fame and shock value. I thought the furor would die down in a little while, and Qandeel would resurface to attack those who wished her ill.

Little did I know that the woman who took over Pakistan’s social media was truly no more. That she had, in fact, been murdered by her brother. I wished at that moment that this had been another outrageous rumour circulated to shock a country that didn’t know quite what to make of her, to gauge its reaction. At least then I could have been slightly annoyed, and moved on with life. I wished she had made a video, confirming that her death was another rumour concocted by those who had a twisted fascination with her, and that she would not back down in the face of intimidation or threats. But Qandeel is dead. And there are plenty (both men and women) who are celebrating what her brother did, claiming that he should have done it sooner. While we are yet to find out more about his motivations, Pakistan has done a good enough job of concluding that if she was murdered for honour, it is something to be celebrated because this is what happens to women who refuse to behave themselves.

We are all responsible for Qandeel’s murder. We mocked her and shamed her for what she did because she made us uncomfortable. When she became enough of a sensation, the media went on a witch hunt to find out more, tracing her origins, and consequently her name, and the fact that she had escaped an abusive marriage, leaving behind a young son for whom she could not care because she was destitute for a period of time and living in a shelter for victims of domestic violence. What I know about her now makes me believe that Qandeel did not want to be a victim, or a bechari. That she wanted Pakistan, and the world at large, to accept her on her own terms, however outrageous they might have been for this country. However, both sympathy and empathy in Pakistan are reserved for those who fit into our neat little narratives. We did not want to humanize Qandeel. Doing so would have meant letting go of some of that judgment tonic that we love drinking, which was entirely too much fun when it came to her. So we continued to ridicule her. Even in death we have been quick to disassociate ourselves from what she represented before condemning the murder.

In a society where honour is found in women’s bodies, Qandeel baring hers was an expose of the hypocrisy that permeates every layer. The Pakistani woman is not allowed to be a sexual being beyond certain strictly defined lines (read: within marriage). The same men who watched her videos and enjoyed her sexuality were the ones who were eager to shame her, and comments on the pictures and videos she posted on social media varied from compliments on her brazenly suggestive behaviour, to people wishing she was dead. She took them all on, regularly chastising those who watched her videos and proceeded to shame them on their hypocrisy, and then asking her fans what they’d like to see more of.

In response to her death, a considerable chunk of people on social media are celebrating what they see as the right end to a woman who broke more rule than she should have and conformed to none of the values of decency and modesty that the Islamic Republic of Pakistani prides itself on having as a national characteristic. It was this lack of conformity that has led to her death being celebrated because the sanctity of honour, as we all know, is more important than the sanctity of life, especially the lives of women.

Pakistan has had no dearth of female celebrities who have indulged in risqué behaviour and flaunted their sexuality, but there have always been lines. Qandeel clearly crossed those. She didn’t quite fit in, because after all, Veena Malik too turned to religion and domesticity to make up for her bad behavior. Dupatta donned and two children in tow, Veena is Pakistan’s prodigal daughter whose transgressions can be forgiven in light of her shiny, happy family-woman persona. Qandeel, not so much. She wasn’t interested in toning it down. She’d escaped from the clutches of a small town and an impoverished background, and she wanted to make it big, as she liked to remind us on a regular basis.

All Pakistani women have to conform, in one way or another. Being a woman in the country is a lifelong process of negotiation, and Qandeel seemed to be done negotiating. In her last few posts in the days leading up to her death she had claimed that she represented girl power, and would not back down because she believed she was empowering girls by using her voice and sexuality the way she wanted to. Whether she did it for empowerment, fame, or attention, or for all three, it was heartening to see a woman defy norms of propriety in so tongue in cheek a manner. What is tragic is that she will do it no more, and we are happier for it.

The author is based in Karachi and works in the development sector. 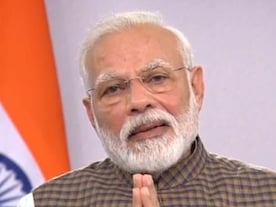 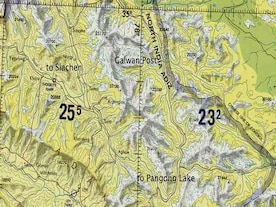 As Xi Jinping escalates border crisis to divert attention from China's economic woes, India should steer clear of missteps in 1962 at Galwan Post