After hearing his bail application, the High Court ruled that the TV actor-producer "not be arrested for the next one week". The court's ruling grants Rahul a measure of relief. He had approached the Bombay HC after his previous plea for bail was turned down by a sessions court.

The reprieve offered by the HC, however, is temporary as Rahul has been asked to present himself to the police after a week.

Justice Mridula Bhatkar asked Rahul to appear before the Bangur Nagar Police Station in Goregaon West daily for two hours from Wednesday till 18 April, and in case he was arrested, he should be released on a bond of Rs30,000.

His lawyer Abad Ponda said the actor was currently in hospital and the FIR copy was not provided to him though police has filed a report before the court.

Pratyusha Banerjee allegedly committed suicide on 1 April. Rahul, who had rushed her to hospital, was questioned by the police for two days in connection with the incident. He then complained of chest pain and was admitted to hospital.

On 5 April, Rahul was booked by the police for abetting Pratyusha's suicide. However, since he was still in hospital, the police could not arrest him.

Yesterday, the doctors overseeing him, said that Rahul's health was improving and that he would be discharged within the next couple of days.

Gupta claimed that Rahul and his family had kept back several crucial details about the case from him. In the meantime, Rahul has hired the services of a new lawyer.

Ever since Pratyusha's death came to light, the TV fraternity has stepped forward with tales of a troubled relationship. Several have laid accusations of abuse and cheating at Rahul's doorstep.

Pratyusha's parents — Soma and Shankar Banerjee — have also spoken out against their daughter's relationship with Rahul, which they have said was more troubled than they had been led to believe. In fact, it was on the basis of a fresh statement from Soma Banerjee that the police booked Rahul for abetment.

Rahul has steadily professed his innocence in the meantime and has asserted that he and Pratyusha were deeply in love. 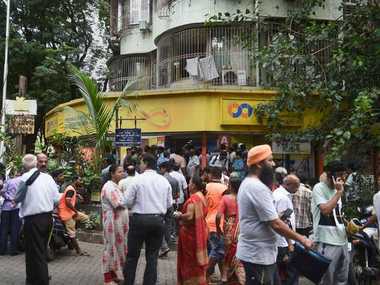