Mumbai: Actor Aamir Khan's PK, which hit the screens in China on May 22, has turned out to be biggest international release for an Indian film across 5,400 screens and a collection of a massive $7.03 million. 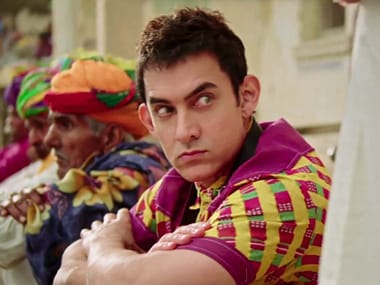 "We are thrilled with the audience response in China. Aamir Khan, Rajkumar Hirani and Vidhu Vinod Chopra travelled across China with our marketing team promoting the film at media and audience events and culminated this with a grand premiere in Shanghai for the film," Amrita Pandey of UTV told IANS.

"It was such a warm reception for them in China and now the movie has become a talking point and opened to such phenomenal collections! This is a really proud moment for us, and we are happy to have made this impact in a new market."

Incidentally, Aamir has been a part of all top three highest international grossers for an Indian film -- PK, Dhoom 3 and 3 Idiots.