Parikrama is widely considered as one of the rock royalties in India for past two decades, but the band members have always shunned all things commercial. From putting up their songs for free download on their website to staying away from record labels, they have always put originality and staying true to their genre, before fame. So its is understandable when Sonam Sherpa, Nitin Malik and Subir Malik gear up to make their Bollywood debut, they neither chose a potboiler nor a multi-starrer, but a small budget film that tells the real life story of an unsung hero — Manjunath.

In an interview to Firstpost, band member Subir Malik (organist, synthesizers) talks about the music of Manjunath, their favourite bands and the strangest venue they performed in. Here are some excerpts from the interview: 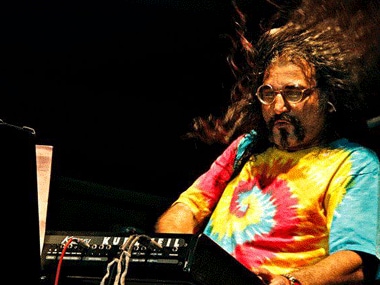 What about the film Manjunath got you on board?

The music is given by Nitin, Sonam and me. It is not a Parikrama project. We haven’t worked on this project as the Parikrama band. Essentially when this project happened, the story of Manjunath is what intrigued us. The director (Sandeep Varma) was very liberal with us saying that he wouldn’t interfere in the kind of music he wants for the film.

There wasn't any pressure on us to do a item song or a typical mainstream commercial song. He gave total respect for the kind of music we made for the film. By this statement we are not degrading the ones who make such music, all due respect to them, it is the kind music that the audience wants and so they are making it.

We have made one hard hitting rock-n-roll song for the film. All the other songs have a huge youth connect. There are also a whole lot of jugalbandi compositions involving various musical instruments that we have made for the film Manjunath.

Did you use any of your already composed and popular songs or did you write new songs for the film?

We had nothing composed or made earlier which we have used for Manjunath. It is totally new and fresh music.

Till now you have only composed music for songs, but this is the first time that  you have composed the background score. How did you go about it?

Nitin, Sonam and I have been doing music for advertisements, documentaries and all other such stuff since years. So, we were pretty much used to this format. As we started making the background score, we started understanding the story and getting a feel of what was being projected visually. That led us to come with music which would be in sync with the storyline and emotions depicted by each character on screen.

What kind of musical instruments did you primarily use for the film?

We have used lots of instruments like wah-wah guitar, flute, harp, Mizoram vocal choir and lots more. Very unconventional instruments have been used in our compositions.

Was there any need to collaborate with other artists (male/female) or get other singers on board for the music of Manjunath? Who were they?

Yes we did collaborate with a lot of other artistes like, KK, Shankar Mahadevan and Papon.

Do you have any plans of doing more Bollywood films?

Yes, definitely. If we get a good story or an interesting project, we would like work on them.

You were the front-runner of rock in India. After two decades, what’s the scene like for new musicians who are interested in this genre?

Things have opened up so much for the younger kids these days. This is actually the best time to get into the music industry as musicians. People are more aware of music these days, there is a lot of appreciation and encouragement for the younger generation these days.

Which are the rock bands that have inspired you the most?

Which are the upcoming rock bands in India that you think has the potential to take Indian rock to the next level?

Lagoori from the South and there are many more.

Which is the strangest venue that you have ever performed in?

There was one show in Indonesia, we were on a tour there and towards the end of the tour we were at an island called Mataram which exactly opposite to the Bali island. There we ended up playing rock music in a temple. It was a good experience.

Of all rock bands that ever existed, if you could pick one for which you could open the show, which band would it be?

A: It would be 2 in fact. Pink Floyd and Led Zeppelin.

How do you want Parikrama to be remembered 50 years down?

We will still be playing 50 years later. When India came together to ‘Play for a Cause’