The musician Papon has been in the eye of a storm ever since Supreme Court lawyer Runa Bhayan filed a complaint against him for allegedly kissing a minor girl.

The lawyer filed the case after a video shared by Papon on his Facebook profile, depicted the singer interacting with some of the children he mentors on the reality singing TV show, The Voice India Kids. Towards the end of the video, Papon is seen kissing one of the female contestants, a minor.

Papon, however, has said that the video has been misrepresented. A statement issued by the singer read:

“I am painfully conscious of the accusations that have been made against me in the last few days. Anyone who knows me would be aware that I am an extremely affectionate and expressive person. That is the way I have been brought up and that’s how I have always been with people close to me or people I care about. To show affection for an 11-year-old child who I have been mentoring for a while now is not an alien concept for me. Please do remember that it is a video on my own Facebook live and stop for a moment and at least wonder why I would myself promote a video where I am ‘apparently’ doing all the unmentionable things that I am being accused of.”

The statement further reads, “My humble request to everyone, when you do come across this matter, is to just pause and think about how much harm this does to the people involved. I have a loving wife of over 14 years and two young children. There is a little girl involved, whose identity is not masked in any way. Both of our families are being destroyed forever, just by people jumping to conclusions.

However, this is not to say that I haven’t made a mistake. I might have done it spontaneously but in today’s environment, to touch a girl child, however innocent your thoughts are, is not advisable. I am sorry for that. Please do accuse me of being naïve and stupid even but please do not call me all those disgusting names."

The father of the minor girl stands by Papon and has said, “Papon sir is a mentor and a father figure to my daughter and has always encouraged her to pursue her dreams. He doesn’t differentiate amongst the children who are here and gives them equal guidance on pursuing their dreams. What you saw in the video is not intentional. It was just a moment of affection that is being portrayed otherwise.”

An FIR has been lodged against Papon in Assam by the police. 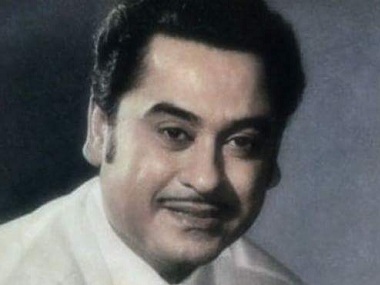