The makers of Panga have released a second song from their jukebox, featuring Kangana Ranaut and Jassie Gill. Titled 'Dil Ne Kaha,' the track is sung by Gill and Asees Kaur, composed by Shankar-Ehsaan-Lo, and penned by Javed Akhtar.

Dil Ne Kaha shares a glimpse of the chemistry between Ranaut's Jaya Nigam and Gill's Prashant. The song shares a flashback into the couple's lives on how they began dating, and what led to their marriage. From sneaking out of college to long bike rides in the night, we see the duo paint the town red. 'Dil Ne Kaha' seems a complete earworm, with charming undertones, which make it come across as a soft romantic ballad.

A week ago, the makers had also released the title track of the upcoming film. Titled 'Le Panga', the song saw Jaya prepare for her comeback, from morning jogs, to strict exercise regimes to keeping a tab on her diet. While Harshdeep Kaur, Divya Kumar and Siddharth Mahadevan lent their voices to the track, Akhtar penned the lyrics. 'Le Panga' is composed by Shankar-Ehsaan-Loy.

Panga trailer reveals Ranaut as a railway ticket seller, who used to be a national-level Kabbadi champion, and also served as a captain during her term. However, retired from the game now, Ranaut is a happy wife and mother, though she often yearns to get back to the game. Though among her many obstacles lies her age (she is 32), and self-doubt.

Panga is scheduled to release on 24 January, and will clash with Varun Dhawan and Shraddha Kapoor-starrer film Street Dancer 3D. 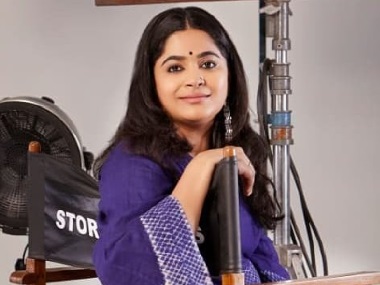