Oscars 2018 highlights: The Shape of Water wins Best Picture at ceremony dominated by Time's Up, #MeToo

And the big award of the ceremony, presented by Warren Beatty and Faye Dunaway — Best Picture

And the award goes to: Frances Mcdormand for Three Billboards Outside Ebbing, Missouri.

"My deepest thanks to the Academy for this glorious prize. I've lived in America for the longest times and I'm deeply grateful for the friendships, my home, my livelihood, my family and the Oscars. The movies, their power captivated a man from south London with a dream."

And the award goes to Gary Oldman for Phantom Thread.

The next award being presented is Best Original Song

And the award goes to Remember Me from Coco.

And the award goes to: Alexander Desplat for The Shape Of Water. This is the film's second award, first one being Production Design.

And the award goes to Roger Deakins for Blade Runner 2049

And the award goes to: Jordan Peele for Get Out.

The award goes to The Silent Child

Next up is the award for Best Documentary (short subject)

The winner is Heaven Is a Traffic Jam on the 405

Here's a tally for the awards so far:

And the award goes to: Dunkirk

And the award goes to Pixar's Coco

And the award goes to: Dear Basketball

And the award goes to: Allison Janney for I, Tonya. "I did it all by myself," she says, as she accepts the award. Thunderous applause followed.

And the award goes to: Una mujer fantástica (A Fantastic Woman)

And the award goes to: Richard King and Alex Gibson for Dunkirk

Black Panther has been so successful at the box office that it's the favourite to not get nominated next year for the Oscars: Jimmy Kimmel

Greta Gerwig announces the award for Best Documentary (Feature). And the award goes to: Icarus

And the award goes to Darkest Hour, where Gary Oldman plays Winston Churchill.

Viola Davis announces the Best Actor in a Supporting Role

The award goes to Sam Rockwell for Three Billboards Outside Ebbing, Missouri.

Rockwell pays homage to the fellow nominatees, especially Woody Harrelson, in his speech.

Jimmy Kimmel takes a dig at the accountants (for last year's envelope blunder) straight up: "Oscar is the most important man in Hollywood. He keeps his hands to himself.....and no penis. We need more men like Oscar in hollywood." Ouch.

He also talks about Black Panther and Wonder Woman. "I remember a time when big studios didn't believe movies with women leads and leads from minorities could do well."

"If you're a nominee tonight who isn't making history, shame on you"

Kimmel jokes about how the Chairman of PWC said, "Our singular focus would be to present the correct envelop (alluding to the Best Picture gaffe from last year)"

Ashley Judd talked about speaking out about Harvey Weinstein: 'I started telling the story of how Harvey Weinstein harassed me back in 1997. But we're finally being heard now. Anyone in any type of occupation facing sexual harassment can go up to the #TimesUp website for help."

Mira Sorvino said, "We're going forward unless we have a safe world for women. We want to take our activism and power into action and change things for women everywhere."

You can read them here.

Call Me By Your Name
Darkest Hour
Dunkirk
Get Out
Lady Bird
Phantom Thread
The Post
The Shape of Water
Three Billboards Outside Ebbing, Missouri

Best Actor in a Leading Role

The Big Sick
Get Out
Lady Bird
The Shape of Water
Three Billboards Outside Ebbing, Missouri

Blade Runner 2049
Guardians of the Galaxy Vol. 2
Kong: Skull Island
Star Wars: The Last Jedi
War for the Planet of the Apes

This brings us to the end of the Oscars LIVE coverage. Log into firstpost.com as we'll be discussing the winners and trends from this year, through the day.

And that's a wrap!

The Shape of Water it is, and Guillermo del Toro took the envelope from Warren Beatty, just to confirm he'd read the name correctly. The times we live in. Meanwhile, Mark Bridges wins the jet ski!

And the big award of the ceremony, presented by Warren Beatty and Faye Dunaway — Best Picture 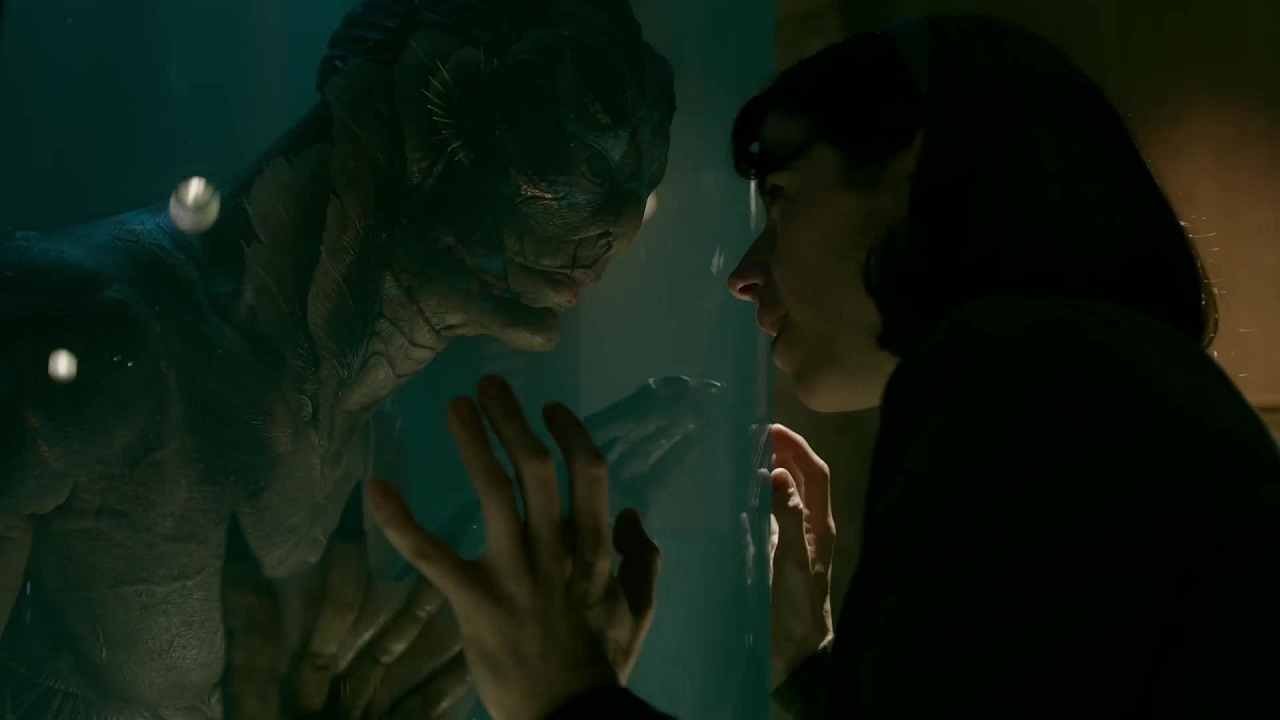 Frances for the win!

It is worth observing the extraordinary strength of female performances this year. On average, better than the male ones. McDormand is simply f*cking awesome!

Cool moment! All the female nominees in the room take a bow... pic.twitter.com/LrEuCqGaBu

Frances McDormand asks all the female Oscar nominees to stand up with her, ("Meryl if you do it, everyone will), and speaks about inclusion.

"We are a bunch of hooligans and anarchists but we do clean up nice."

And the award goes to: Frances Mcdormand for Three Billboards Outside Ebbing, Missouri. 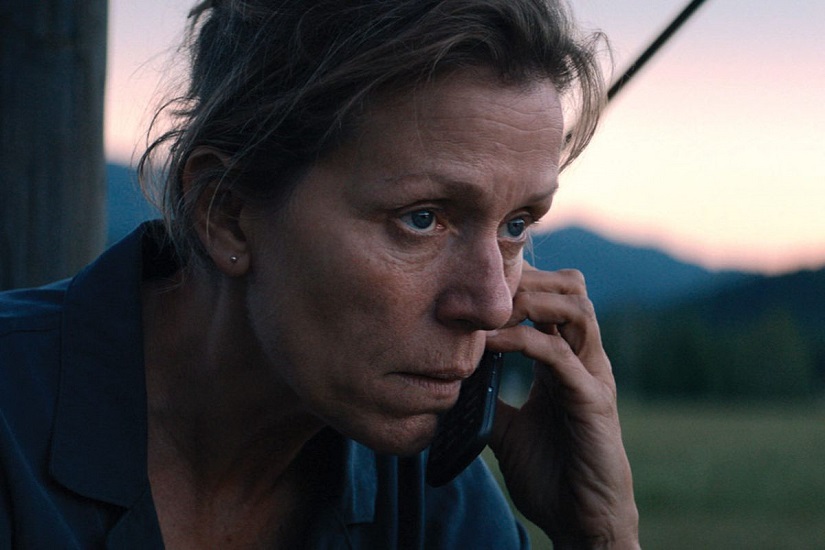 "My deepest thanks to the Academy for this glorious prize. I've lived in America for the longest times and I'm deeply grateful for the friendships, my home, my livelihood, my family and the Oscars. The movies, their power captivated a man from south London with a dream."

And the award goes to Gary Oldman for Phantom Thread. 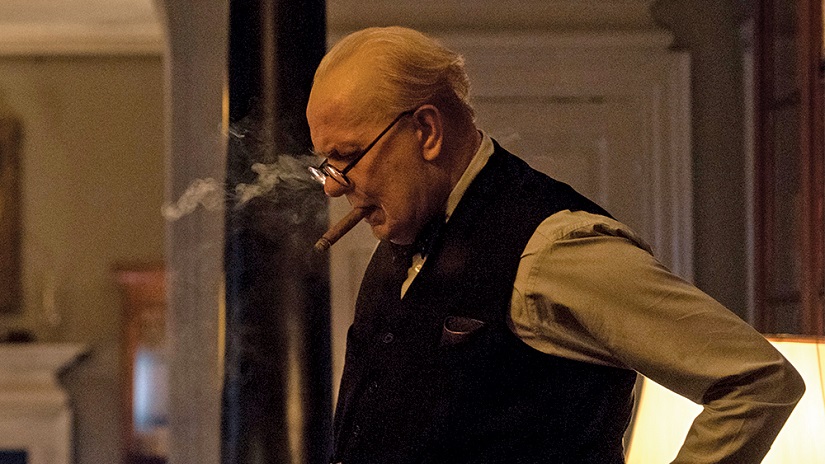 I am an immigrant, says Del Toro

I am an immigrant. The greatest thing out industry does is to erase lines.

And the Oscar goes to... pic.twitter.com/j2bWcOFGd2

Best Adapted Screenplay goes to James Ivory for Call Me By Your Name. Jordan Peele wins Best Original Screenplay for Get Out.

Best Documentary award goes to Heaven Is a Traffic Jam on the 405, and Best Live Action Short goes to The Silent Child.

Lupita Nyong'o and Kumail Nanjiani talks about how "dreams are the foundation of America". Best Production Design award goes to The Shape of Water.

Jimmy Kimmel, the host of Oscars 2018, spoke about Black Panther and how only 11 % of the films released in Hollywood are directed by women. He spoke about The Shape of Water too and started his opening ceremony speech with a bunch of jokes.

Greta Gerwig talks about Ladybird and the mother-daughter relationship on the Red Carpet. Saoirse Ronan also spoke about her role. Meanwhile, spotted on the red carpet in Black Panther mode was Chadwick Boseman.

Hollywood's most prestigious awards show, The Academy Awards or the Oscars, will take place on Sunday, 4 March. This is a standout year for Hollywood, not just for a volatile few months surrounding the #MeToo and Time's Up campaign, but also since this year, there is no clear front-runner for the awards.

With a staggering nine nominations in the Best Picture category, this year's ceremony is sure to be nail-biting.

From a quirky fairy tale romance to a dark comedy about a murder investigation, via a couple of coming-of-age tales and a horror satire, the contenders for the best picture Oscar offer audiences an array of genres and themes. Here is a brief summary of the nine films vying for the most prestigious prize at Sunday's Oscars ceremony:

Martin McDonagh's darkly funny tragicomedy has surged at the 11th hour to go into Sunday as the narrow favorite in what most experts are characterising as a four-way race with The Shape of Water, Get Out and Lady Bird.

Guillermo del Toro's romantic Cold War-era fantasy tells the story of a mute cleaning woman who falls in love with a captive magical river creature in a secret US government lab in 1960s Baltimore.

The bold satire about race relations -- told by first-time feature director Jordan Peele in the form of a fantastical horror movie -- is one of the top five best critically-received movies of all time, according to Rotten Tomatoes, which collates reviews.

Greta Gerwig's solo feature directorial debut -- a moving and authentic portrait of a volatile mother-daughter relationship -- could see her become only the second woman ever to win the Oscar for best director.

The tense retelling of the storied 1940 evacuation of hundreds of thousands of Allied troops from a beach in northern France, starring One Direction singer Harry Styles, is an outsider for the top prize going into Sunday.

British actor Gary Oldman, who disappears entirely into the role of Churchill thanks to some convincing make-up and padding, is expected to bring home his first Oscar for best actor, although the movie is another outsider for best picture.

Call Me by Your Name

Luca Guadagnino's paean to the universal heartbreak of first love, set in northern Italy in the 1980s, has three nominations other than best picture -- for Ivory's screenplay, a best actor nod for Chalamet's performance and best original song.

Steven Spielberg's celebration of journalism and the free press recounts the nail-biting behind-the-scenes story of the 1971 publication by The Washington Post of the Pentagon Papers, which exposed the lies behind US involvement in the Vietnam War.

In a movie full of noteworthy performances, the most remarkable thing about this project is the fact that its towering, iconic star — triple Oscar-winner Daniel Day-Lewis — says it will be his last.

Anderson's tender but brutal story of the romance between a dressmaker and his muse is also up for best director and actor, best supporting actress for Lesley Manville, best score for Radiohead's Jonny Greenwood and best costume design.