After the 2020 Grammys, James Bond’s producers are sure to be pleased with their choice of Billie Eilish to record the original theme song for No Time to Die. The 18-year-old won five awards, the most of the night.

Their decision might have been dictated by the singer’s huge young following, which could introduce a new audience to the franchise. But this particular artist’s music suggests more about the producers’ intentions with regards to the ongoing debates on the gender politics within the Bond films. The new film, No Time to Die, will include multiple substantial female roles, and feature the writing of a female screenwriter for the first time since Johanna Harwood’s contributions to the early 1960s films. However, while the script may be getting a gender update, many of the theme songs, and their iconic female performers, have struck a chord with Bond’s regressive attitudes toward women and female agency.

When Shirley Bassey sang “Men are mere mortals who are not worth going to your grave for” in her 1971 hit 'Diamonds Are Forever,' her powerful vocal range complemented lyrics which overtly spoke of female self-awareness. The opening lines of an earlier draft of John Barry’s song - “Diamonds are forever / I can taste the satisfaction / flawless physical attraction / bitter cold, icy fresh, till they rest on the flesh they crave for” - raised further doubts about Bond’s actual ability to fully satisfy female desire.

Similarly, the speaking voice in the 1995 GoldenEye theme song, performed by Tina Turner, claims to have “found his weakness”, that “he’ll do what I please”, and “a bitter kiss will bring him to his knees”. The apparently praising lyrics of Carly Simon’s 'Nobody Does it Better' (1977) also focus on the power of female pleasure, and Bond’s crippling desire to fulfil it.

Even more unsettling are the lyrics of Don Black’s 1999 'The World is not enough,' expressing the point of view of “Bond-Girl villain” Elektra King: “We know when to kiss / And we know when to kill / If we can’t have it all / Then nobody will”. Performed by Garbage’s lead singer Shirley Manson, the song underpins the pivotal and paradoxical function female desire plays in the endorsement of Bond’s masculinity. Without women wanting him, Bond would not be Bond; but with female desire also comes self-determination, and a challenge to the position of power Bond, as a straight white male, claims exclusively as his own.

The script's catching up

While the songs have a tradition of foregrounding female desire and experience, the script of No Time to Die is following suit, and giving the role of women in the Bond world serious consideration.

Over the last few years, Bond co-producer, Barbara Broccoli, has consistently maintained that “Bond is a male character … and will probably stay as male”. More recently, in an interview with Variety, she has stated: “I’m not particularly interested in taking a male character and having a woman play it. I think women are far more interesting than that”.

Her words are echoed by writer Phoebe Waller Bridge who, after being brought on to help write the script in May 2019, adamantly claimed that Bond is “absolutely relevant now … and the important thing is that the film treats the women properly. He doesn’t have to. He needs to be true to his character.”

Sexism may wear a different hat today than it did in 1953 when Bond debuted in Ian Fleming’s Casino Royale, but it still exists. To simply turn James into Jane Bond under the flag of equal opportunities would fail to make Bond’s world more contemporary or relevant. It would not succeed in drawing attention to the gender tensions that Bond’s sexism, quite frankly, exposes so effectively.

Gender-wise, No Time to Die promises change, not by switching the biological sex of its main character, but by giving women the complex roles they deserve. As such, there will be four female characters who, like the female singers of themes past, appear likely to challenge Bond’s masculine authority with more synergy than ever.

Billie Eilish fits in with this renewed sense of female agency within the franchise. At 18 she has cemented a reputation of going against the tide of expectation as a musician, young person and female artist within the pop industry. This is epitomised in her award-winning song bad guy.

Simultaneously addressing the themes of sexual violence and liberation, the song revels in its deceptive ambiguity. “So you’re a tough guy/ Like it really rough guy/ Just can’t get enough guy/ Chest always so puffed guy”, she sings, building the image of masculine domination only to shatter it seconds later by claiming the role of “bad guy” for herself: “I’m that bad type / Make your mama sad type / Make your girlfriend mad tight / Might seduce your dad type / I’m the bad guy, duh”.

This could have been an extraordinary Bond theme song, an unadulterated response to the kind of masculinity Bond always risks being identified with, and a challenge to the cliche of female victimhood. In line with the conspicuous role of women in the script and Eilish’s writing style, No Time to Die’s song may be the most feminist yet in the canon of Bond themes.

Placed at the threshold of the film, these theme songs have frequently produced a deliberately dissonant effect, as, rather than glorifying Bond’s conservative masculinity, they draw attention to the gender conflict at the heart of all Bond films. With Billie Eilish set to offer, in film director Cary Fukunaga’s words, “a fresh new perspective whose vocals will echo for generations to come”, the franchise’s 25th instalment, as well as marking a silver jubilee of sorts, may well deliver the biggest challenge to Bond’s regressive attitude towards women yet. 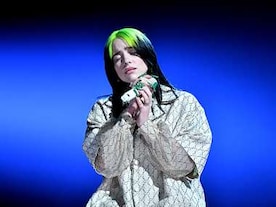 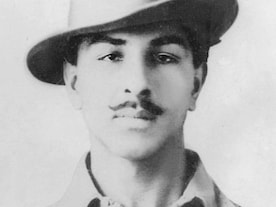