NYIFF diary: Kashyap's Ugly is nothing original and too slow

At face value, Ugly is a procedural. Within minutes, the audience is all set to watch an investigation and a whodunit. However, the point of Ugly isn't really the crime but the ugliness that lurks within all those circling Kali's case. Kali's mother Shalini (Tejaswini Kohlapure) is depressive, suicidal and an alcoholic (a triple whammy; just so you don't make the mistake of thinking she's a good mother). She's also divorced from Kali's father, a struggling actor named Rahul (Rahul Bhat). Shalini has remarried and now she and her daughter live with her second husband, the impossibly macho police chief Shoumik (Ronit Roy). When Kali vanishes, not only do Shoumik and his team of policemen start hunting for her, so do Rahul and his friend Chaitanya. However, with every twist in the tale and every step forward in the investigation, there are layers peeled that show Ugly's main characters live up to the film's name. 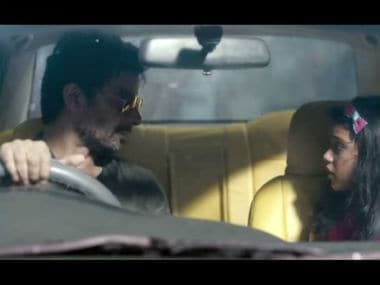 As the hunt for Kali continues, Kashyap slips in flashbacks that reveal the history that Rahul, Shalini, Chaitanya and Shoumik share. We learn that Rahul, Shoumik and Shalini were in college together. Alia Bhatt has a blink-and-miss cameo as a young Shalini, which has the unfortunate effect of making Ugly seem like a sequel to Student of the Year set in an alternative universe where all the brightness and chirrup of Karan Johar's imagination is replaced with gloom and ominous.

More significantly, Kashyap throws in little snippets of information that are actually questions about the characters and their thinking. For instance, was Rahul abusive when he was with Shalini? Did Shalini and Chaitanya have a sexual fling? Is Shoumik a sociopath? Is Chaitanya telling the truth when he says he knows nothing about Kali's disappearance? Questions like these seem to offer insights into the characters but actually, you don't know them any better by the end of the film because Kashyap hasn't even hinted at any answers. This makes it difficult to sympathise or feel for the people on screen. They're in a quicksand of misery and cruelty and you don't want to help them out of because they are just so entirely unpleasant.

The one ray of murky sunshine in Ugly is Inspector Jadhav, played by the wonderful Marathi actor Girish Kulkarni. Kulkarni is absolutely superb as the chatty cop with a wicked sense of humour. In stark contrast to Kulkarni as Jadhav is Ronit Roy as Shoumik. Ever since Udaan, Roy has been playing the same role of the moustachioed macho man who is stern, silent, emotionally stunted and prone to violence. Plus, Kashyap has him saying "We go covert" repeatedly, which means they went from covert to covert-er to even more covert. In case you were wondering, going covert means Jadhav wearing a bush shirt instead of his khaki uniform.

There's a little bit of Fargo, a hint of The Killing and a lot of red herrings in Ugly. It's not a startling original film in either concept or execution, but it's engaging enough in the first act. After that, the pace falters and the film becomes increasingly slack. One can't help wondering if Kashyap stretched the film to 128 minutes because it would make the film seem more value for money than a 85 or 90 minute film.

As Ugly meanders into its unappealing characters' psychological issues and emotional baggage, the film struggles to hold the audience's attention. When the final reveal takes place, there's more relief that the film has ended than shock at the revelation. That said, Kashyap's objection to the anti-smoking signage popping up at this scene is entirely valid. That the Censor Board noticed the (unlit) cigarette in that scene says a lot about how mechanically they watch films.

In hindsight, though, it may have been a good thing that this controversy happened. It's more of a crowd-puller than a slow, dark film about horrible people and a lost girl.