Los Angeles: Oscar-winner Natalie Portman and her fiance of two years Benjamin Millepied have tied the knot in a secret ceremony in California. Surrounded by family and friends, the pair exchanged vows after dark in a Jewish ceremony at a private home on August 4, reported People magazine. 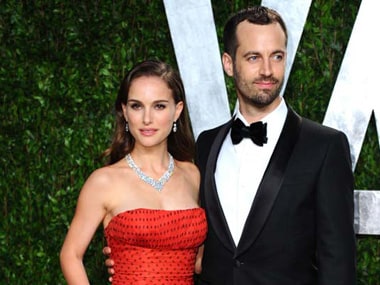 Portman, 31, and Millepied, 35, met on the set of "Black Swan" and the two started to date during the shoot. The couple announced they were engaged in 2010 and expecting their first child, son Aleph.

"Natalie Portman said 'I do' on Saturday night to her fiance Benjamin Millepied, on the scenic central California coast of Big Sur," a source said.

It was also reported earlier that the couple would marry in Big Sur as the place is special to the actress.

"Natalie and Ben will marry in Big Sur. It's one of Natalie's favourite places - whenever she needs a break from LA she goes there. This wedding is for their closest friends and family. It will be a very relaxed affair," a source had said. Natalie Portman to marry next month