The music video for "Proper Patola"  from Arjun Kapoor and Parineeti Chopra's forthcoming film Namaste England was dropped on Wednesday night and it has some pretty groovy dance-banger chops.

The song's video finds Arjun and Parineeti sporting shades and dancing to some energetic beats at a night club.

"Proper Patola" has been composed by Badshah and sung by Diljit Dosanjh, Aastha Gill and Badshah. Arjun had shared a teaser clip for the song on Tuesday.

Directed by Vipul Amrutlal Shah, the sequel to 2007's hit Namastey London traces the journey of two young individuals from Punjab to England. The trailer shows Parineeti's Jasmeet fleeing to London to escape the stifling patriarchal bastion of Punjab. Arjun Kapoor playing the devoted duty-bound husband follows her to London to bring her back. But the lady has other plans.

The trailer showcases exotic locations from different parts of India and Europe, with a special focus on England. The major places shown in the film are Ludhiana, Patiala, Dhaka, Paris, Brussels and finally, London.

The film marks the reunion of Arjun and Parineeti after the former's debut film, Ishaqzaade.

The film is scheduled to hit theatres on 19 October. 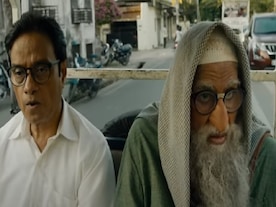