Tiger Shroff's upcoming release Munna Michael is India's first action-dance movie, so it goes without saying that the film is bound to have scenes packed with dangerous stunts. However, in what may seem like an unfortunate turn of events, it is being reported that two of the film's lengthy fight sequences have been reduced considerably, after being submitted to the Central Bureau of Film Certification (CBFC). 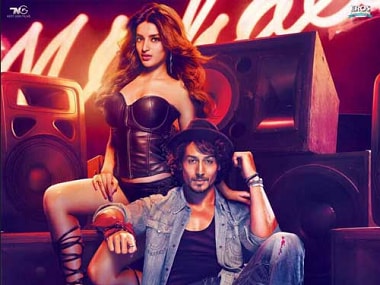 "In one of the action sequences we can hear the repeated sound of bones being smashed while the expletive ‘Bahen…’ plays on the soundtrack. The Central Board of Film Certification has asked for both the sound of bone smashing and the Hindi expletive to be muted. In another fight sequence, a character is repeatedly hit with a rod. The CBFC has asked for the sequence to be reduced to one shot," said an unnamed source from the CBFC speaking to DNA.

Apart from this particular scene, the CBFC has also asked that the words 'f*cking', 'ghanta' and 'pichwada' be removed. Additionally, in those scenes where alcohol is show, the makers have been asked to blur brand labels.

The same source said that these decisions were taken keeping in mind Tiger Shroff's popularity among children.

Munna Michael tells the story of a young man from the streets who idolises singer-musician-dancer Michael Jackson. Apart from Shroff, the film also stars debutante Nidhhi Agerwal and Nawazuddin Siddiqui. Siddiqui will reportedly play a character with shades of grey in the film.

Munna Michael is scheduled to release on 21 July. It marks the third collaboration between Shroff and director Sabbir Khan, after Heropanti (2014) and Baaghi (2016).