Tiger Shroff in the poster of Munna Michael. Twitter

In the look revealed by the makers, Siddiqui paired up his hairstyle and sunglasses with a dark green henley t-shirt, blue jeans and a black leather jacket which upped his cool quotient.

Hindustan Times quotes Sabbir as saying, "While writing Siddiqui’s character I knew exactly how i wanted him to look, how he would walk, talk. Once we started workshops on the script and Nawaz had got into the skin of the character, i explained how I wanted him to look and expected him to raise a few questions but there were none. He surrendered completely and went through everything patiently.”​​

Munna Michael is based on the story of Munna, a street boy from Teen Batti slum locality here. He loves dancing and grows up idolising King of Pop Michael Jackson. The son of actor Jackie Shroff, who lived in chawls (a residential building in Mumbai for relatively poor people), has paid a tribute to his father in the film.

The mass entertainer will push the envelope when it comes to action and dance, promised the film makers in a statement. 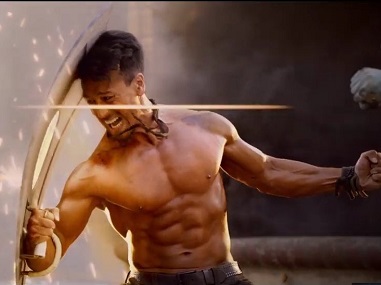