Ever since Farhan Akhtar captured the zeitgeist and (re)defined the genre with Dil Chahta Hai (DCH), Hindi movie friendship has never been the same. Vows and tears and pledges of loyalty (a la ‘Yeh dosti hum nahi todenge’) are now irredeemably old school. In new-age Bollywood, friends are people who hang out together, make fun of each other’s failed romantic encounters and preferably go on sunkissed ad-film vacations that will forever define their memories of youth. The invariably privileged young people who populate Akhtar’s universe — and made an updated appearance in his sister Zoya’s Zindagi Na Milegi Dobara (2011) — have a carefully cultivated coolth which does not allow them, even when in the midst of earth-shattering events, the old-world luxury of drama.

Homi Adajania’s Cocktail has much in common with those films. It’s astoundingly good-looking, filled with seductively-shot songs and fun montages of friends doing goofy things together. Life for our three protagonists seems like one long round of parties — a weekend jaunt from London is a trip to Cape Town, and money is clearly no object. So Deepika Padukone’s Veronica is a self-declared “rich bitch”, but the other two don’t seem to have real work lives either: Gautam, the flirt (Saif Ali Khan), lands contracts by declaring love at first sight to potentially difficult clients, while the mousy Meera (Diana Penty) snares a graphic design job with a big UK company without us being shown any sign of her experience or talent—or effort.

But Cocktail has something frank and warm about it that distinguishes it from the manicured, too-perfect vibe of those other films. It has the requisite coolness, but it has vulnerability, too. It has a finely tuned sense of the ridiculous, but it doesn’t shy away from drama, or darkness. And it is never coy.

The censors may have seen fit to beep the “bed” out of Veronica’s explanation for seeing Saif (“He’s great in bed”), but the scene’s amusing, comfortable vibe—including Diana’s slightly grossed-out “I didn’t need to know that” response—is that of a real moment of conversation between two women: such a pleasant change from the puerile nudge-nudge wink-wink stuff that passes for sexual liberation in films like Jodi Breakers. In fact, Cocktail’s first applause-worthy achievement is that it gives us a full-fledged female friendship—a whole 12 years after DCH’s portrait of male camaraderie first sparked the desire for a girl gang version. Admittedly, two women do not a girl gang make (and even this relationship is only snuck in via the love triangle route), but the scenes between Deepika and Diana will strike a chord with any woman who’s ever been in an intense and tumultous friendship. Rich London party girl Veronica, so popular a visitor at her favourite nightclub that she bypasses the long queues with a breezy kiss to the bouncers, may seem an unlikely companion for the quiet, salwar-kameez-clad Meera, whose hapless status as a rejected mail-order bride is a trifle hard to believe in anyway. But there’s an undeniable energy injected into the proceedings by having the two women come from such different backgrounds— that most Hindi films wouldn’t dream of bringing together in the same frame. Deepika, glorious in smoky eye makeup and wild hair, looks the part completely and turns in her most affecting performance. (Though she struggles to sound natural when being forced to say impossibly colloquial lines like “Saanp ko doodh pila rahe ho beta”, Homi Adajania must get some credit for the fact that her dialogue delivery is so much better than in, say, last year’s Aarakshan). Diana, playing demure and lovely foil to the other’s overt sexiness, successfully imbues her character with a sense of unvoiced guilt and confusion.

The third component of the cocktail is Saif Ali Khan, playing the easy come, easy go Gautam Kapoor, a Delhi-born, London-based 32-year-old whose mother still calls him Gutlu and sends him pics of prospective brides. Saif looks (and is) much too old to be reprising the flirtatious loverboy role that he cut his acting teeth on. But at least he’s had so many years to refine his technique that he can get by purely on charm. Gautam’s in-your-face pick up lines may appear over-the-top, but for me his charm lies precisely in the fact that he knows quite well that he’s performing. And he can laugh at himself. He can, while lolling about on the couch and stuffing popcorn in his face, answer the question “What are you doing here?” with “I’m oozing charm”… and all of a sudden, it feels sort of true.

Adajania’s only previous film, Being Cyrus (2006), based on a script he wrote himself, was a strange and quirky little film which had space for humour and lust and murder—but very little for love. Cocktail, based on a script by romance-master Imtiaz Ali, feels radically different in tone. But Adajania repeats his lead actor—Saif was Cyrus in that film—and also casts Boman Irani and Dimple Kapadia again. Boman and Saif achieve a rare and wonderful camaraderie as layabout uncle and nephew, and the dynamic between the 50-plus but still-assumed-to-be-irresponsible younger brother (Boman) and the bossy elder sister (Dimple) is hilariously accurate in a way that has rarely found its way onto our screens. The scene where Boman gets caught mimicking Dimple (“Tinku, bulub change kar do…”) is hysterically funny. Dimple is superb as the theth Punjabi mother who arrives unannounced from Delhi, throwing the cosy threesome into a tizzy. The scene where she insists on handing over a pair of kadas to her prospective daughter-in-law is simply superlative, stitching humour and pathos and  affecting sentiment into a seamless yet textured whole.

In fact, the film manages to segue beautifully between emotional heft and hilarity, allowing its characters to make the heavy-duty confessions that a younger, hipper director might have felt compelled to steer clear of—but letting them make fun of themselves as they do so. So when Veronica makes an uncharacteristically sentimental appeal to Meera to stay on in her house, she follows it up by asking Meera if she’s convinced yet — “ya aur thoda melodrama ka scope hai?” In a style that feels recognizably similar to Love Aaj Kal, Imtiaz Ali’s superbly crafted screenplay leavens almost every emotional interaction with an understated, half-ironic sense of humour. But perhaps Cocktail’s crowning achievement is that it also frequently manages the opposite: shoehorning us into a space where all the cues point to laughter, and then interrupting with a moment of quiet that stays in your mind long after the giggles are gone. 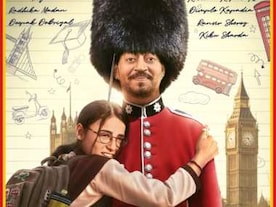 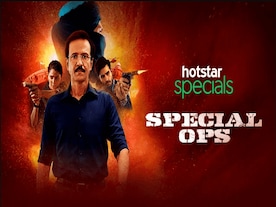