(1) If you are an Imraan Khan fan. Yes, you heard right. Don't. Because the only way he could have swindled you to people his fan-dom is probably by flashing that smile. That take-me-home-won't-you, dripping honey and all things high school, bubble-gummy and crush-able smile. Otherwise, he is as emotive as my tenth birthday teddy bear stuffed in my old books cupboard.

Matru Ki Bijlee ka Mandola, then, would be frustrating. When at all, Imran Khan smiles, there's a rather uncomfortable looking mop of beard that's ready to play party pooper. Though one-ideal-a-bidi communists - who chew on every word printed on their translation of the Das Kapital as they rum their beards  - don't essentially breathe Gladiator-like fire, they are also required to look a little more fierce than a schoolboy upset at not getting a Valentine's Day gift. And that is how troubled Imran Khan looks in a film where he plays a rebel, a believer of the Mao Tse-tung school of politics and is out to save a village from the clutches of the land shark-government nexus.

(2) If you won't pay to watch a film where the hero is a balding, sixty-something man - Pankaj Kapur that is. Swinging between his two avatars - one of a local liquor guzzling, slurring, rich man who wouldn't lose one chance at making a fool of himself  and the other of a cold, stony, calculative land shark - Kapur is so stunning, so aww-worthy and revolting in turns, that the only things  you can forgive for being mediocre in the same frame are those ghastly painted cows.

When Kapur wrestles with his unhinged ambition to build factories on agricultural land to when, amid a raucous drunk melee, he quietly notices how unhappy his daughter is, you are almost willing to call Imran Khan brave for being in the same film.

(3) You're tired of Anushka Sharma playing the Liril girl, film after film. While she is quite a eye-ful to get bored of, Sharma's cute, stud-woman who at the end of the day is a wilting, touchy little girl, is something you have seen way too many times.

Be it a Nat Geo filmmaker or be it a rich, spoilt daughter of a Haryanvi landlord here, Sharma is the same girl with different names in all the films she has done. For an actor with that kind of spunk, you wish Vishal Bhardwaj had written a character with a little more teeth. A character who is not reduced to being a pretty, marginally more spunky extra hanging on the arms of the hero - fates you don't expect heroines to be doomed to in a Vishal Bhardwaj film.

(4) If you have ever dismissed street theatre as the pastime of bored college kids looking out for excuses to bunk classes. If you have, chances are, you might run out of the theatre once the third song in the film starts playing. Matru Ki Bijlee Ka Mandola is not your average popcorn guzzler.

There's song and dance, but not of the wind-in-the-hair, guy-at-my-feet, clogged with Bollywood love-type. It's of the zesty, thick-with-satire sort, the kind of sloganeering-meets-singing genre of music that is a staple of protest theatre. Not something that goes best with that box of nachos or caramel popcorn you have just paid a bomb for.

To be fair on the audience, a greater section of who haven't known the Vishal Bhardwaj of Maqbool and only started queuing up for him thanks to a pristine sobbing Kareena Kapoor in Omkara or a eight-packed Shahid Kapur in Kaminey (not that we mind either), Matru might feel like reading a high school drama text - bubbling with social implications that they are neither interested in, nor too adept at getting.

And the film, a spin on the land grab politics that made a certain Mamata Banerjee a star, doesn't boast of crisp, urbane humour like that of Khosla Ka Ghosla - its metaphors are dense and often academic. For example, if Mao Tse-tung doesn't sound much different from the stuff on the menu of the local momo shop, chances are you don't get a chunk of the humour in the film which seems like a drag then.

For instance, one of the funniest lines in the film is a spin-off on the 'ghar main maa behen nahin hai?'. It goes like this: 'Ghar main Mao Lenin nahin hain?' If you don't get it, you just have your history texts to blame.

P.S. Matru... is not the film I imagined it to be. One that throws you off your popcorn,  BBM-ing and utter love for Bollywood cliches. However, that doesn't mean it's not worth watch - it is,  and quite a rewarding one in parts. Also I am not yet willing to give up on Vishal Bhardwaj. After all, I can't hold one Saat Khoon Maaf against him... 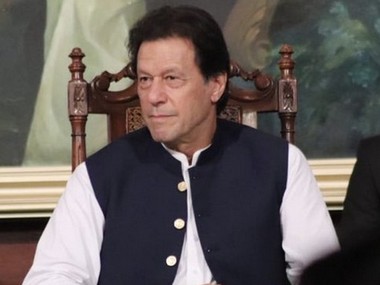