Money Heist Season 4: Trailer, cast, where and when to watch; all you need to know about Netflix's thriller

Netflix is ready to bring forth the most anticipated new season of Money Heist, as viewers around the world struggle to come to terms with the coronavirus lockdown.

All episodes Money Heist season 4 will premiere on 3 April and is scheduled to run in India at 12:30 PM on Netflix. The new season will consist of eight episodes in total.

The trailer of new season of Money Heist, which is the English title of Netflix hit Spanish show La casa de papel, promises a bunch of explosive episodes with non-stop drama, and plenty of twists and turns as the heist nears the endgame.

The third season ended on quite a cliffhanger with The Professor on the run and the shocking reveal that Raquel is in fact very much alive.

Get all the sleep tonight because Money Heist season 4 comes out tomorrow! 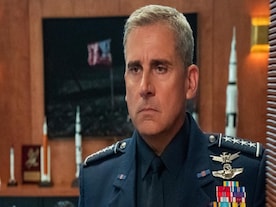