The first few minutes of Meeruthiya Gangsters are an omen. First, the camera bounces around to let us know just how bumpy a ride it is if you drive a motorcycle in Meerut. Then, when the bike rider has assumed a stationary position, the camera goes round and round in circles. A still from Meeruthiya Gangsters.

That, in a nutshell, is Meeruthiya Gangsters: it moves, but in circles. And so, a few minutes into the film, you may find yourself wondering just why you’re supposed to care about five louts from Meerut who are the film’s heroes.

A little later, you might discover there are three names you can readily connect to faces: Nikhil, Sanjay Foreigner and Sunny. Then, you may realise that it’s almost time for interval and you still have no idea what the plot is of Meeruthiya Gangsters, directed by first-time director and co-writer of Gangs of Wasseypur, Zeishan Quadri.

Pay close enough attention and resist getting distracted by how familiar the terrain of this film is to the dusty, Technicolor Indian hinterland seen in Anurag Kashyap’s Wasseypur films, and you’ll realise there is a story here.

Five young men learn they’ve got to cough up some serious cash in order to swing good jobs. They do what is most natural and logical in the universe where Kashyap is god: they turn to violent crime.

Much like drivers graduate from an ‘L’ license to a proper one, our heroes quickly evolve from threats to armed robbery, before settling upon kidnapping as their crime of choice. Along the way, there’s an elopement that goes nowhere, but does serve to alert a Noida supercop — the imagination is a wonderful thing — to the existence of these Meerut boys. According to the credits, this cop is played by Mukul Dev. One presumes it is in fact Dev beneath the snarls, sunglasses and (facial and head) hair.

One kidnapping leads to another — because how else is one to deal with a lecherous colleague? — and soon enough, our desi boys have forgotten about the job that had occupied so much headspace. Instead, they want to join the real estate business and moonlight as kidnappers. Sanjay Mishra appears and disappears, as do other characters. Logic isn’t a priority for either those in the film or the director. This is mostly frustrating although in a few scenes, Quadri mischievously mines the absence of logic for humour. These are rare, unfortunately. Most of the comedy in Meeruthiya Gangsters is laboured.

Quadri tries to pack a lot into Meeruthiya Gangsters, from fake cases of statutory rape to an obsession with money, as well as the lure of crime. There are parts when the film suddenly crackles with delightful energy. A stick up in a dive bar is one of them, as is the conversation that the five have about the merit of using a white underwear as a peace flag, while sitting in police lock-up.

For the most part, though, Meeruthiya Gangsters feels flat and unconvincing. The characters don’t seem credible and it doesn’t help that one of them has bleached his hair blonde-orange and wears blue contact lenses. Quadri wears his fandom for Quentin Tarantino and Kashyap on his sleeve, which wouldn't be a failing if it didn't detract from his storytelling and characters. At best, the men are amusing while the women are shrewish. You can’t really empathise with anyone because they’re too monotonous, despite being enacted by talented actors like Mishra, Jaideep Ahlawat and Aakash Dahiya. Perhaps the general eagerness to engage in violence will make some empathise with Quadri's heroes.

If Quadri is to be believed, then Meeruthiya Gangsters is an honest portrait of the average youth of UP. This is not a particularly heartening thought because then, one would have to surmise young men in UP are not just cartoonish and prone to mindless violence, but also idiots. South India and women in general, please refrain from holding up “Told you so” placards. 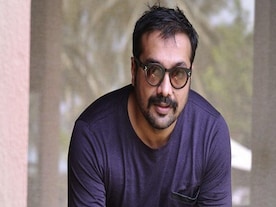