Schedule of films for today: 16 April 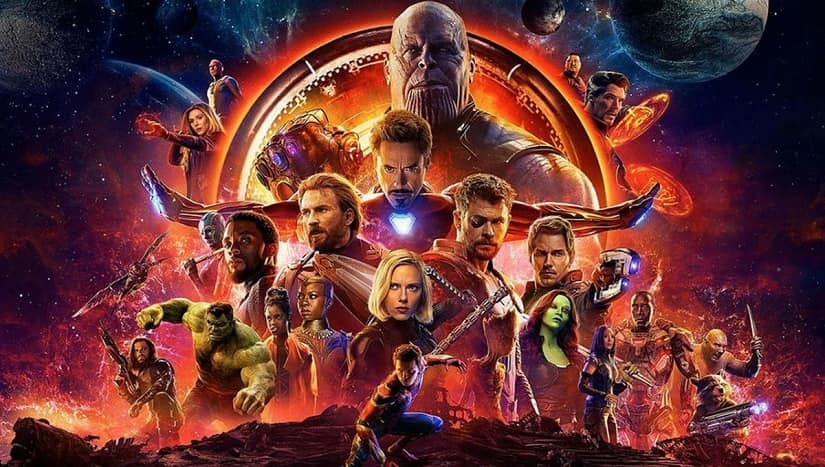 That's a wrap for Day One!

When we pick up tomorrow, we met Iron Man, The Hulk, Black Widow, Hawkeye, Thor and Captain America separately in the five films so far.

Tomorrow, they assemble for the first time!

Why we prefer Captain America to Iron Man

Captain America is naive and old-school and suffers from a saviour complex. But in many ways, he sets the moral tone for the MCU far more than Iron Man does, even though the latter drives the plot of the entire franchise. This is a film that goes on for a bit, and packs in just as much, mostly setting the agenda for the great ‘good v evil’ battles to follow.

The post-credits scene, of course, is a fragment of one from the next film, The Avengers. Steve Rodgers is having an intimate conversation about his existential angst with a punching bag, until Nick Fury walks in to recruit him for the initiative. (This cuts into a full-blown teaser for the much awaited ensemble film.)

Captain America: The First Avenger has far-reaching consequences in the Marvel Cinematic Universe

HYDRA rears a head in this film, and then buried it deep into SHIELD, infiltrating the once-noble organisation (or so they believed.) In fact, so much in Captain America: The First Avenger has far-reaching consequences in the Marvel Cinematic Universe. Bucky Barnes disappears here, only to resurface in and as The Winter Soldier - a HYDRA project even more advanced than Captain America, before going on to become the pivot of the plot in Civil War. The Tesseract seemingly eviscerates Red Skull, but we meet him again all the way later in Infinity War, where he’s guarding the Soul Stone. And of course, the Tesseract itself falls into the hands of SHIELD, a few decades before Captain America himself does. 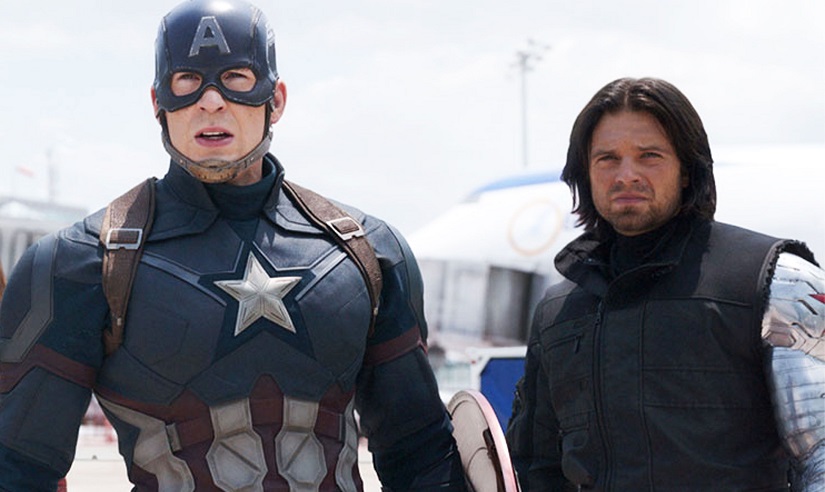 More than anything else, Captain America works because of how Chris Evans became him. The entire bit where they establish just why a tiny asthmatic fellow was considered worthy for the super-soldier experiment, drips of old-school American goodness - quite like the image of itself that pre-Trump USA would have liked to project to the world. The portions where he’s scrawny, even when he didn’t have superpowers, really set the tone for the moral righteousness that Cap steadfastly adheres to throughout the series.

America wanted to weaponise its moral core when they attempted to make create a super-soldier out of Steve Rogers. They f****d up and lucked out with Captain America.

Have a look at how they shrunk Chris Evans to become puny Steve Rogers:

Red Skull is one of the all-time great MCU villains

Even making adjustments for a personal bias I have for towards his work, Hugo Weaving as Johann Schmidt/Red Skull is, for me, one of the all-time great MCU villains. He has a great backstory, of him being the product of an imperfect version of a super-serum, which later developed close to perfect when it turned puny Steve Rogers into Captain America. Adolf Hitler’s dreams of dominating Europe seem like playschool tantrums compared to Johann Schmidt’s terrifying plans. 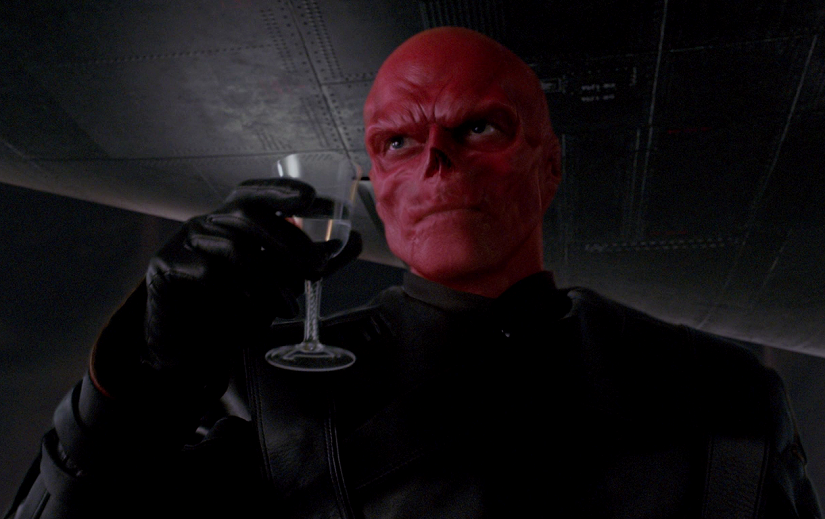 And we're finally on our last film of the day — Captain America: The First Avenger

Must admit, the Day One film I was most looking forward to was Captain America: The First Avenger. The World War 2 setting makes it a unique film for Marvel from the word go. Also, if all the MCU films were to be arranged in chronological order of their events, this would be where it all began. (Incidentally, the second film in chronology would be Captain Marvel!) 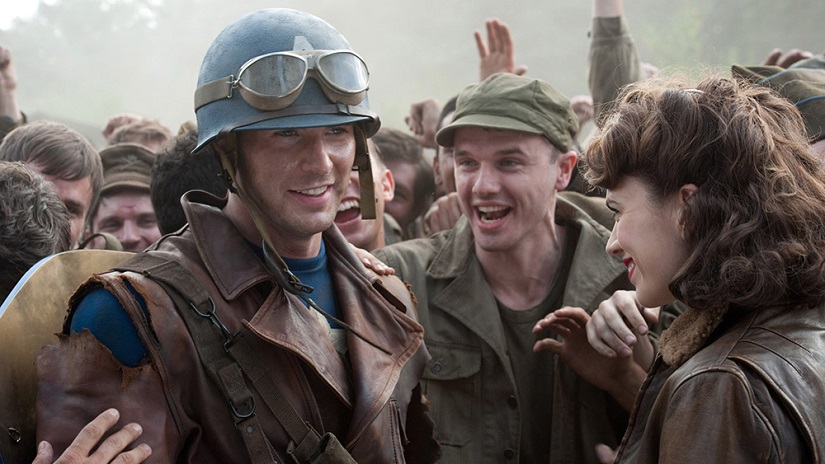 Thor takes itself too seriously

Thor isn’t an outright bad film, but it does take itself a tad too seriously. The deft touch of comedy we saw once Joss Whedon came in is still some way away. Thankfully, to liven things up, there’s the first ever spotting of an Infinity Stone! (Right now it’s inside the Tesseract, seen in the end credits scene in Thor. Loki is about to steal it! It isn’t until Infinity War that the Space Stone within it finally revealed.) 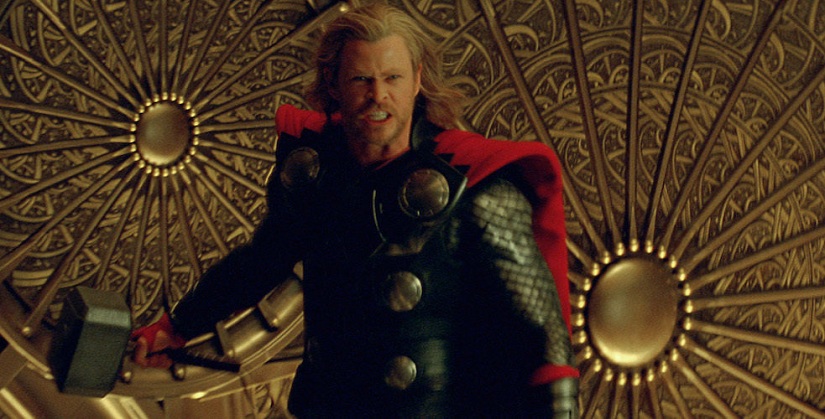 Anthony Hopkins’ Odin looks like he’s about to die in this film. But he doesn’t. Hopkins sticks around for a while in the MCU. Unfortunately, Natalie Portman doesn’t. She’s terrific as Jane Foster (chasing an Einstein-Rosen bridge among other things). I do wish Idris Elba’s Heimdall had more to do, though!

They’ve made some great anti-heroes over the years, but Loki is just top drawer. What a fine actor Tom Hiddleston is, switching from sincerity to deception with ease. Also, the Asgardian landscape is a good break from the technology overdose seen on our very own, and rather lame, Midgard. 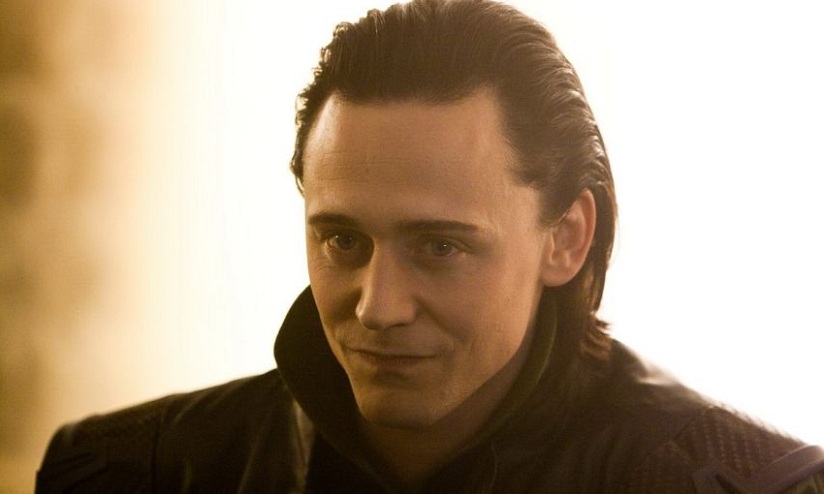 All the updates from Day 1 of MCU films marathon —

More than anything else, Captain America works because of how Chris Evans became him. The entire bit where they establish just why a tiny asthmatic fellow was considered worthy for the super-soldier experiment, drips of old-school American goodness

We're down to our last film of the day — Captain America: The First Avenger

If all the MCU films were to be arranged in chronological order of their events, this would be where it all began.

...It just takes itself too seriously

We think he's one of the best villains in MCU

What do Thor and Iron Man have in common?

Iron Man 2 and its relevance in MCU

Iron Man 2 teases a lot in terms of what becomes important later in the MCU.

Tony Stark and his daddy issues

We continue to see his emotional troubles escalate in nearly every film he has a proper role in - Avengers, Age of Ultron, Iron Man 3, Civil War and, of course, Infinity War.

This time mistaken for Larry King by Tony Stark

Our third film for the day is Iron Man 2

And the most striking thing so far is Whiplash/Ivan Vanko.

Stan Lee as the Hulk?

Well, The Incredible Hulk beat us to it and added a tiny scene where this possibility is explored.

Which Hulk did it better?

The Incredible Hulk hits the ground running - how Bruce Banner became the Hulk is dealt with in the opening credits.

Where Iron Man and Game of Thrones overlap

The first Iron Man film was scored by none other than Ramin Djawadi, the man who scored Game of Thrones!

How Iron Man has aged well

Marvel films have often been criticised for having essentially the same plot. In that regard, Iron Man has actually aged rather well.

.... and Tony confuses him for Hugh Hefner!

In Iron Man, Jarvis casually suggests to Tony that they should upgrade the suit in case he wishes to visit ‘other planets.’ This plot is practically writing itself!

All you need is Iron Man in the frame, really

Is Robert Downey Jr the perfect Iron Man? Well, he made the character immensely likeable ever since the first film.

We begin our marathon with Iron Man (2008), where Robert Downey Jr plays Iron Man with much panache. One of the first things we noticed the sleek Iron Man suit.