I started going to the movies at a time when black marketing of tickets was still rampant. Few people booked ahead. One had to make an extra trip to pick up tickets (a vestigial reminder exists in old halls in the form of an ‘advance booking’ counter) which doubled the investment by way of time and transport.

There was no guarantee you’d get to watch a film even if you could afford to buy tickets in black rates. The queues were long. The crowds were restive. I remember one outing with friends that caused a little scare. A new Govinda starrer was playing and the theatre’s manager had to lock the grille across the entrance. Hundreds of men pressed against the gate and security guards couldn’t hold them back. MAMI 2018 festival attendees wait in a queue for entry to a screening. Image via Facebool

I also remember a ramshackle hall where we were seated on a bench in the aisle. We were tipped sideways on a slight incline. I’d have sat that way for three hours but my brother made us leave since there was a risk of stampeding. Extra chairs in the aisles were a serious problem. In Delhi, this led to the Uphaar cinema tragedy in 1997 where 59 people died.

India went to the movies though, despite the rats, the torn seats and the hazards. We went because it was a now-or-never situation. If you didn’t watch the film in the hall, you’d likely never watch it. Television networks rarely bought films for broadcast. Besides, most people didn’t have television.

In the new millennium, things changed. Thousand seaters were knocked down and small multiplexes were built. TV networks began to show a lot of mainstream films, sooner and sooner after a theatrical release. Then came the Internet – YouTube, illegal torrent downloads, Netflix – and things have come to such a pass, movie-goers shrug off a new film thinking: Well, it will be out somewhere, sometime.

For film-goers like me, the magic of the movies unfolds just one week of the year. We attend a festival like MAMI in Mumbai and we transform into the desperate, passive-aggressive, sneaky audience of filmmakers’ dreams.

During this week, I’ve stood in queue for hours, broken queues, held seats for friends despite the first-come-first-seated rule, argued with others who held seats for friends, scowled at volunteers at the door, tried to sweet-talk volunteers, sought recommendations from strangers, wolfed lunch, skipped lunch, to watch between six and twelve hours of cinema every day.

In the early years, the organisers permitted us to sit in the aisles. And my favourite festival memory is sitting (or half-lying, with a backpack for support) on the carpet, head thrown back at an awkward angle, waiting to be moved by the screen.

In recent years, MAMI has tied up with BookMyShow, so we must book seats a day in advance. I find myself setting alarms to book although I usually do nothing in the morning before I’ve had a cup of tea. But during the festival, I’m driven.

So are thousands of others. All movies at a dozen screens spread across the city get booked between 7:59 and 8 AM. Those who can’t get a ticket stand in line for hours, hoping a fraction of the registered audience will not reach in time. But if we don’t get to go to the chosen film, we go to another screening that is less popular. Then we talk about it, and others feel a tiny sense of loss at having not been able to watch that one too.

Oddly enough, this is the same audience that will not go watch a film in theatres if it releases commercially, even if it is the same sort of celebrated, independent, foreign film screened at festivals. This is puzzling, especially for producers who are forced to make a distinction between ‘festival’ film and a film that draws ticket buying audiences.

The problem, I suspect, is not so much the lack of a niche audience as the erosion of a sense of community. The Netflix audience is a collective only for the guys who crunch numbers for the platform. For us, it is individual screens and watch-when-there’s-time. It is at festivals that we come together as a tribe, and lap up movies like there’s no tomorrow.

Some of the films I’ve watched stick in my head and refuse to leave. The anguish that marked the actors’ faces or a moment of stillness, shame, courage, injustice embedded in the story – these stay with me longer than the best ‘mainstream’ work in theatres. I continue to be moved by the prisoner’s fate in Once Upon a time in Anatolia; the scene where an old man tries to trap a pigeon in Amour; or the boy who steps on a landmine in Turtles can fly; a particular piece of choreography in Pina; the tension of a lie unravelling in The Salesman; a husband’s shame in Tokyo Sonata.

At festivals, you can’t have everything. You choose between parallel screenings and sometimes you choose badly. But even films I’ve disliked, I remember. Perhaps because I submitted myself to the curators’ taste and was unprepared for a sharp divergence. Perhaps because I had to decide – keep watching? walk out? – and I have walked out, outrage in tow. Or, I’ve sat next to critics who loved a film while I didn’t. Our disagreement only etched the film more sharply in my mind.

My experience of festivals has been more or less consistent. In Delhi, the Asian film festival (re-branded as Osian) used to draw a similarly enthused audience even if the films weren’t always feted internationally. At festivals devoted to documentary films, like PSBT’s Open Frame, the crowd may not be as thick but there is similar energy and dilemmas: What to watch? What’s better? What’s not available online?

I’ve often wondered: after Netflix and Mubi and Amazon, what? We can watch anything, any time. But soon enough, we’ll stop wanting to. A little screen and headphones will only take us so far.

Perhaps, we will be lured back to the movies when producers start rationing content again, cutting off access until we feel once again the thrill of now-or-never. In the meantime, there are festivals. 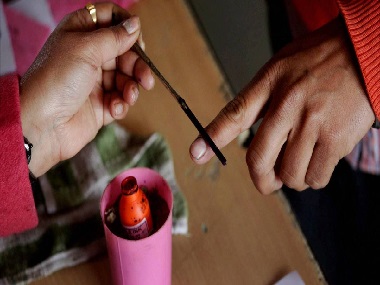