Malaika Arora Khan hosted a Christmas bash for a few close friends at her house. The do was attended by her best friends Kareena Kapoor Khan, Karisma Kapoor, Karan Johar and sister Amrita Arora.

Mahira Khan and Sridevi stand out at Masala Awards

Mahira Khan and Sridevi looked like a million bucks at Masala Awards which were held in Dubai. Designer Manish Malhotra uploaded some beautiful photos of the ladies. Virat Kohli and Anushka Sharma thank their wedding planners

The people responsible for making the most memorable occasion of our lives peaceful and beyond beautiful 🙏🏼 - our lovely wedding planners @shaadisquad A post shared by Virat Kohli (@virat.kohli) on Dec 14, 2017 at 12:17pm PST

Newlyweds Virat Kohli and Anushka Sharma thanked the people behind their super-secretive Italian wedding on Instagram.

Mira Kapoor and Shahid Kapoor are one of the most fun couples out their and their Instagram proves just that. 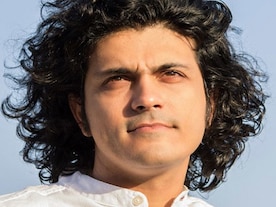