Conducted by the Geena Davis Institute on Gender in media, the study examines “the visibility and nature of female depictions” in popular films across Australia, Brazil, China, France, Germany, India, Japan, Russia, South Korea, the UK and the US.

Not only does India fare dismally when it comes to the percentage of female characters in movies and the prevalence of movies with women in the lead or co-lead roles, it also ranks high in the sexualisation of women measured in terms of sexually revealing clothing, nudity and attractiveness of women characters. Grand Masti was slammed for being sexist and offensive.

Women’s rights activist and national secretary of the All India Progressive Women's Association Kavita Krishnan reacting to the findings of the study said, “Sexualisation is not only about revealing clothes. Sexualisation essentially means that a woman’s entire personality is rendered subordinate to herself as a sexual being. You can have a story about a woman who plays a strong role who may also wear revealing clothes. Revealing clothes in itself is not the problem. The problem is with the portrayal of women through the sole dimension of her sexuality. This is undoubtedly a huge problem in both in Hollywood, Bollywood and in other Indian language films. We certainly lack films that show women as complete human beings.”

Barring a few exceptions, mainstream cinema in India has a “patriarchal, sexist and misogynistic” character to it, says Ranjana Kumari, Director of Centre for Social Research, and member of the National Mission for Empowerment of Women.

“Indian cinema exploits the Indian psyche and the mind-set that has a lot of curiosity and sexist notions about women’s bodies. And this is being used and exploited by cinema. Barring some films, where women have been in lead roles or acted as protagonists, in most cases, women are used as a representation of good bodies. This is done to titillate,” says Kumari. The disturbing aspect about Indian cinema today, added Kumari, was the tendency of even the ‘so-called path-breaking’ movies to reinforce stereotypes of women.

“In some sense, they don’t challenge the existing mind-sets about women. Women are rarely represented as strong human beings who are capable of doing everything. Women in India are changing. Cinema in fact should be ahead of its times,” said Kumari.

But as the study finds the inequality portrayed on screen is often at odds with the real world roles. And when it comes to portrayals of characters as professionals in the field of business, law, medicine or academia, the study finds that not only do “male characters disproportionately hold more powerful occupations than their female counterparts”, but “professional careers in film are limited and lopsided when female characters are considered.”

So who shouldbe blamed for the stereotyping and sexualisation of women in movies? And how can it be challenged?
“I don’t hold respective actresses responsible. They are doing what they have to do to succeed in an industry. They don’t make the rules of the game. Those who command the money - that is where the problem lies.I think they are wrong when they say, ‘we are giving people what they want’. I think audience’s tastes have changed. Audiences are more than willing to accept women in more complex and demanding roles. And they should stop blaming the public for this,” said Krishnan.

But Kumari feels the role of women in the film industry will be critical to any change in how the industry portrays them.
“I think a greater responsibility lies on women themselves to exercise a right over their body and not allow any kind of sexualisation. They should define their own boundaries and assert themselves when it comes to choosing their roles. We have smarter and stronger women in Indian cinema today. They should put their foot down. They need to take on this challenge,” said Kumari. 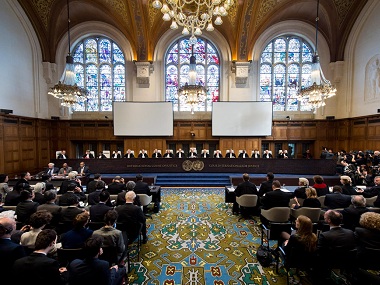 Rohingya crisis: ICJ to rule on emergency measures in genocide case filed by Gambia against Myanmar on 23 Jan