Bollywood diva Madhuri Dixit turns a year older on 15 May. Known for her beautiful expressions and effortless acting, she started her career with the 1984 film Abodh alongside Tapas Paul. Following a successful stint in the film industry, she went on a long sabbatical after her wedding and moved to the US. The actor has since then made a comeback with a number of memorable performances.

Madhuri Dixit, who has regaled the audiences for decades with her dancing skills has many popular songs to her credit. Today, we are looking at a few lesser known dance numbers of the actress.

This romantic track from the film Raja, starring Madhuri Dixit and Sanjay Kapoor, features the lead pair matching steps in a fort. The film which won Madhuri a Screen Award for Best Actress had a number of other popular tracks, including 'Akhiyaan Milaoon Kabhi' and 'Nazrein Mili Dil Dhadka.'

Clad in a saree, Madhuri can be seen dancing in the song with graceful hand gestures and powerful moves. A number from the 1997 film Koyla, the film starred Shah Rukh Khan alongside the actress. While the film is perhaps better known for the song 'Ghunghte Mein Chanda Hai,' Madhuri’s stellar performance in 'Sanson Ki Mala' Pe cannot be ignored.

Showcasing Madhuri's dancing prowess to the fullest, this lesser known song from the Shahrukh Khan and Madhuri Dixit starrer Anjaam is a must-watch for her fans. The psychological thriller, which also starred Deepak Tijori, Johnny Lever and Sudha Chandran in pivotal roles, has a number of other popular tracks including 'Badi Mushkil Hai' and 'Chane Ke Khet Mein.' However, none perhaps capture the chemistry of the lead pair as effortlessly as this one.

The song from the film Gaja Gamini shows Madhuri dancing, draped in a saree in Maharashtrian style. The actress has performed with much elegance in the dance drama song. The film was written and directed by artiste MF Hussain and is his ode to womanhood and his muse Madhuri Dixit.

This one perfectly captures the dancing style so prevalent in Bollywood flicks in the 90s. Clad in a red saree, Madhuri is seen dancing and romancing Rishi Kapoor in a picturesque European town in 'Allah Allah Mera Dil Dhakde'. The film is Yaarana. 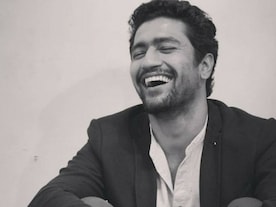