Weddings are on our minds and in our news, whether you love them, tolerate them, or abhor them.

First, there were the several million photographs chronicling who wore what and when during the score of celebrity wedding celebrations. And even before we had fully emerged from under the mountains of Sabyasachi, Manish Malhotra and Tarun Tahiliani couture, Amazon Prime dropped the nine-episodes-long first season of its new original series, Made In Heaven. 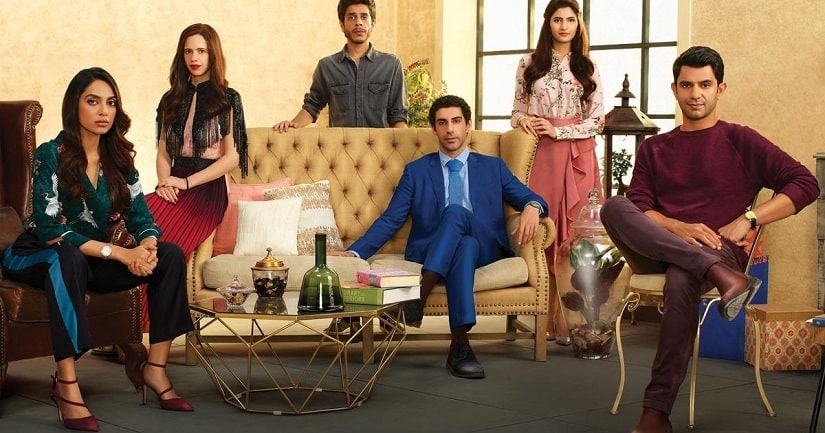 The cast of Made in Heaven. Image from Twitter.

Created by Zoya Akhtar and Reema Kagti, there’s a lot that the show gets right about the ugly undercurrents of family politics, lies, deception, that run strong, but deep beneath the surface of what we call the happiest day of a couple’s life. By the time you make it to the last episode, the show’s very name begins to feel like a sharp taunt from its largely female writer-producer-director crew to a society that is obsessed with weddings and marriages. There is nothing divine or heavenly about the social contracts these couples are heading into. Most of these relationships are held together by the binding forces of insecurity, greed, and an insatiable need for social mobility.

Also read:  Made in Heaven review: This sumptuous take on the big fat Indian wedding has a strong emotional core

It’s been less than a week since the show was released, and social as well as mainstream media has been flush with praise for the crew’s sharp writing and sensitive direction and the cast’s poignant portrayal of Delhi’s mega-elite, struggling middle class, and desperate lower class elbowing one another in the claustrophobic universe of Made In Heaven. Combined, they bring to life the complexities and crisscrossing nature of class, gender and sexuality wars being waged both within and outside the characters’ minds.

Which brings me to the show’s female lead, Tara Khanna, played masterfully by Sobhita Dhulipala. Tara belongs to a lower-middle class family, raised by a mother whose only lesson to her two daughters is to wield their youth and beauty to worm their way out of poverty. Tara, who sets her sights early and determinedly on her obscenely wealthy boss, succeeds. The show starts with a poised and polished Tara struggling to carry the weight of the Khanna family name — she was, after all, an unimportant secretary of the man she is now married to (a fact that her mother-in-law manages to sweetly remind her of every now and again). By the end of the first season, we’ve been filled in on the web of lies she spun and the quiet manipulation with which she nudges her husband, Adil, into proposing to her.

Matrimony can give you social standing and legitimacy, but it can’t keep a morally vacuous rich man used to getting every thing he wants from philandering, and soon enough, we find out that not only is Adil cheating on her, he’s doing it with her best friend. 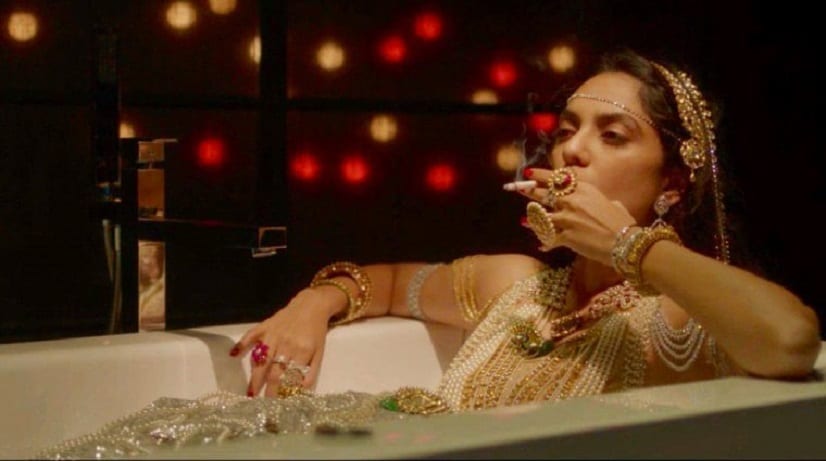 Sobhita Dhulipala in Made in Heaven. Image from Twitter.

It’s tough to feel sorry for a character who remorselessly seduces her almost married boss (Adil is planning his wedding with his then fiancé when Tara sashays into his life), so she can have the life she’s always dreamed of. There’s nothing accidental or star-crossed about Tara and Adil’s love story — she planned and executed it with clinical precision, knowing exactly which string to pull and what button to press to elicit exactly the response she wants from Adil.

There’s no reason to feel sorry for Tara; it’s simply a matter of chickens coming home to roost after all, and yet, oddly enough, you do. Diverging drastically from the overused and banal trope of the cold-hearted gold digger, the writers of Made In Heaven give Tara depth, personality and conflicts that most of us who have ever felt like we’re forever stuck on the outside looking in, can empathise with.

It’s unusual to see a ‘heroine’ who is as calculating as she is emotional. She is genuinely devastated when she discovers her husband and best friend’s affair, but she’s also pragmatic enough to know she still needs him. We can see her struggle to win a losing battle against the twin betrayals and the insecurity they leave in their wake, even as she uses sex and plays her husband for his obvious weakness for damsels in distress, in need of rescuing.

It’s tough to pin down Tara’s exact motivations. Is she desperate for a baby due to the motherhood instinct, as suggested by the wistful way she looks at kids, or is it because she knows giving the family an heir will confirm her as an insider and make it impossible for her husband to leave her for another woman?

While on the one hand she counsels a young bride to make peace with her overbearing future in-laws so she doesn’t lose out on the massive inheritance they will leave behind when they are dead, on the other she tells another bride, moments before the pheras, that her future in-laws have arm-twisted her parents into parting with a massive dowry to make the wedding happen. Is she the unsure, vulnerable, deferential woman who texts her high-society BFF for explanations when she feels unequal to the conversation she’s a part of, or the brutal businesswoman who rips her business partner and other best friend a new one when he gives her unsolicited relationship advice because she considers him an equal and won’t mince words with? She treats her peon and his family with extreme kindness, ostensibly because she’s seen poverty herself, but feels no contrition about being needlessly cruel to her sister when she shows up unannounced at a social event. So really, which one of the two people is she? The writers and producers of Made in Heaven.

Maybe Tara’s is a confused mix of all these odd and conflicting personality traits, which makes hers one of the most complex, multi-faceted female characters written for the screen in recent times. You don’t have to like her or even wish that she gets her happy ending, but it’s refreshing to see female characters that operate so obviously in the grey, and who absolves the viewer of the responsibility of picking a side, or pronouncing judgement on right and wrong.

You don’t realise how rarely even fictional women are allowed to be as morally ambivalent as men, until characters like Tara and Safeena (from Gully Boy, another Zoya Akhtar masterpiece) come along to fill the vacuum. Netflix's She review: Imtiaz Ali's streaming debut could have been an intelligent thriller if not for its inherent male gaze