Lucknow Central, starring Farhan Akhtar and Diana Penty, is the story of a group of prison inmates who get together to form a band in jail and subsequently take part in various gigs. Healing Hearts is the real-life Lucknow-based band who inspired the film. The musical group was established in Adarsh Karagar jail, situated on the outskirts of Lucknow, Uttar Pradesh. 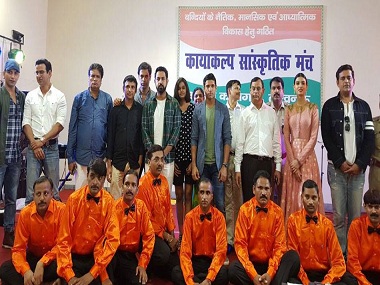 The cast of Lucknow Central with Healing Hearts. Image from Facebook.

The idea for a band was devised in 2007 by senior superintendent VK Jain, who wanted the band to be formed so that the inmates could participate in the annual inter-prison talent showcase. Funds were raised and the band members were bought 15 musical instruments.

Twelve inmates who were sentenced to life imprisonment on murder charges formed a band which was then called Healing Hearts and they received musical training from Noor Mohammad, a prison security guard who came from a musical background, as his father was also a part of a band.

Healing Hearts reportedly went on to perform on Republic Day, and since then, the band has had several requests to play at varying functions — from weddings to private parties. The band has reportedly gained massive popularity in and around Lucknow, and have even learnt how to play the latest Bollywood numbers.

Healing Hearts apparently also gets many booking requests from outside of Lucknow. The band reportedly operates via a booking counter where they can be hired to perform at various events. The members of the band head back to jail after each performance and are still serving out their sentences.

The cast of Lucknow Central recently went to Lucknow and paid the members of Healing Hearts a visit. The film is the directorial debut of Ranjit Tiwari and stars Ronit Roy, Gippy Grewal, Rajesh Sharma and Deepak Dobriyal alongside Akhtar and Penty.

Lucknow Central will be in cinemas on 15 September. 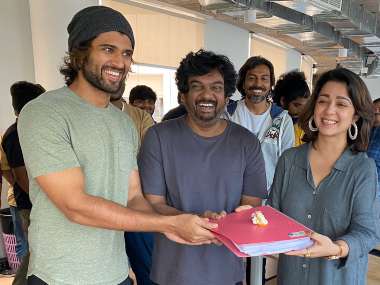