While there were no big Bollywood releases on 21 July, it was a date that movie-goers were looking forward to, as they would finally be able to watch the controversial Lipstick Under My Burkha and the critically acclaimed Hollywood film Dunkirk. This Friday also saw the release of Tiger Shroff and director Sabbir Khan's third collaboration Munna Michael; previously, the duo have worked on Baaghi and Heropanti. 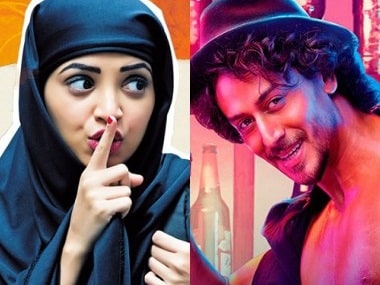 The posters of Lipstick Under My Burkha and Munna Michael. Images from Facebook

Alankrita Shrivastava's Lipstick Under My Burkha, which starred an ensemble cast consisting of Konkona Sensharma, Ratna Pathak Shah, Aahana Kumra, Plabita Borthakur, Sushant Singh and Vikrant Massey, has earned Rs 1.2 core, a source from the film reports. It opened across 400 screens, and the occupancy is said to be 60 per cent.

The film's smooth writing, seamless editing and entertaining background score have earned it the praise of critics, along with its treatment of the subject matter.

Tiger Shroff's release Munna Michael was touted as being India's first action-dance film. On the day of its release, it earned Rs 6.6 crore and the occupancy of the morning shows was reportedly decent. It is, however, the lowest opening for a film starring Tiger, so far.

Munna Michael tells the story of a young dancer from the streets who looks up to pop musician-singer-dancer Michael Jackson. It has been criticised for its slack storytelling and predictable plot, and Nawazuddin Siddiqui has been credited as being the only saving grace of the film.

Christopher Nolan's latest offering Dunkirk has received rave reviews, with critics calling him the Steven Spielberg of this generation. Starring Fionn Whitehead, Damien Bonnard, Aneurin Barnard, Tom Hardy and Harry Styles, it tells the story of soldiers from the Allied front who are stranded on an island called Dunkirk, whilst facing fire from the German army. It is told from three perspectives — the land, the air and the sea — and the narrative is a non-linear one.

The film has made Rs 4.5 crore in India. Dunkirk is being screened at 3,720 locations, and is expected to earn between $45-50 million in the US, with predictions that it will make $17 million on Friday itself, inclusive of the $5.5 million it earned from the previews on Thursday. 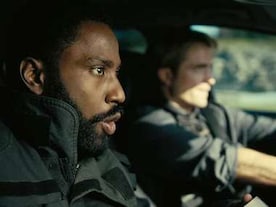