Let the original 'Ben-Hur' be: Do we need to remake classics and thrust it on the audience?

When a friend from faraway Canada sent me clips of Timur Bekmambetov’s Ben-Hur remake, I presumed it’s the trailer chopped into many parts and I was absolutely confident this would be eventually turn out to be dumb copy, classics are not mean to be made again.

The original 1959 epic – the second highest grossing movie that year after Gone With the Wind - by William Wyler, was adapted from Lew Wallace’s 1880 epic, Ben-Hur: A Tale of the Christ, and picked up a record 11 Academy awards. There can never be any argument that the movie’s influence rages till date, the nine minute long chariot race among Hollywood’s most significant sequences. It was culturally and historically a significant movie produced by Hollywood. Interestingly, there was a 1925 silent movie with the same name. 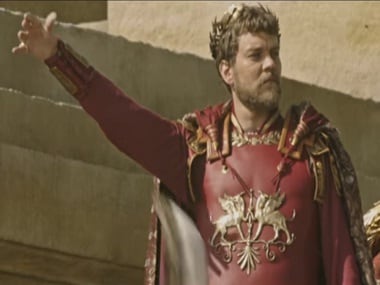 But for this one, written by Keith R. Clarke and John Ridley, has Jack Huston as Ben Hur, shooting completed last year in Rome and special effects pushed in for almost six months. Strangely, it reminded me of the 2011 remake, Conan the Barbarian, the American sword and sorcery film based on the character Conan created in 1982 by Robert E. Howard.

The 2011 version, which had Jason Momoa in the title role, tanked without notice – it was the year’s biggest punching bag – and was dubbed as 'A bagful of rotten potatoes'. I remember how publicists claimed the film was developed for a little over seven years by the Warner Brothers and that many directors had worked with actors, before the eventual release in August.

The latest Ben-Hur remake will be released – ironically – this August and publicists are already on their job, trying hard to erase from memories of the original classic. I am not - for once - downplaying Jack Huston who was brilliant in Boardwalk Empire but he is not, can certainly not be Charlton Heston (strangely, their surnames almost match).

But the producers want their quota of brain wash material to filter across the world and the social media - expectdly - has started humming. Thankfully, there are loads of critical remarks flowing all across the Big Apple over the need to make a remake because it’s about Gods and humans, not Star Wars, Chewbecca and R2-D2 robots.

My fear stems from multiple reasons. The Conan remake has convinced me that multiple cameras, new costumes, shots from unusual angles and special effects cannot always replace classics fixed forever in my mind. Do we always need to remake classics and shove it down for today’s audiences? Aren't we setting a wrong precedent by allowing remakes, what happens if this one succeeds? Then do we see thoughtless remakes of Sound of Music, Casablanca, Gone with the Wind, even Lawrence of Arabia? Someone needs to put a spanner here. I do not want to see what I saw in the trailer, Messala (Black Mirror's Toby Kebbell) screaming to Ben-Hur: "Are we having fun here, brother?" How unauthentic is that?

And this is my biggest fear about the new Ben-Hur and what it would eventually offer to fans across the world. A top Hollywood portal, Gizmodo.com has already said the new version would be a “collection of shrill, overwrought action scenes, basically a louder, dumber Gladiator”. I sincerely hope the writer is right. Let the original Judah Ben-Hur and Messala retain their clothes, identities, love and fights. In Heroes for Sale, William A Wellman presents discontentment with the old and hope for the new, steeped in govt propaganda 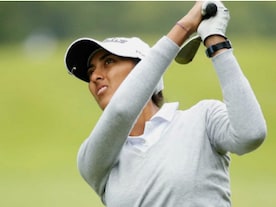