Labour of Love review: Adding magic to the mundane life of a couple in Kolkata

The sign of a good festival isn’t the number of headliners in its lineup, but whether or not the random film that you haven’t heard of, is one worth watching. Getting the films that are winning prizes at various festivals is a question of finances – do you have the budget to pay for a print? If yes, the film is yours – but finding a promising film in the multitude of ‘art’ created by filmi hopefuls? That is a sign of good taste.

This year, one of the films that made Mumbai Film Festival proud was Aditya Vikram Sengupta’s Asha Jaoar Majhe (Labour of Love). The dialogue-less film is set in recession-stunned Kolkata and follows the routine and rituals that fill a couple’s life. He works at night in a printing press, she works in a factory during the day. The only time they have with each other are a few twilight minutes, when he comes home and before she leaves.

Shot by Sengupta and Mahendra Shetty, the cinematography of Labour of Love is hauntingly beautiful. The camera lingers over cracked plaster, the golden gleam of mustard oil in a cheap, well-washed kadai, the brutal pace at which the printing press works. The film is slow, silent and its visual beauty drips with sweet and poetic self-indulgence. 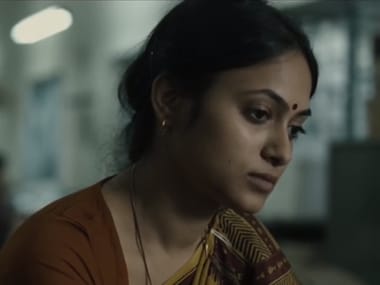 Labour of Love is keenly conscious of the fact that it is an art film. It carries this weight in every shot, labouring to ensure each detail – tinted with decay and melancholia – is rich with prettiness. For those expecting things to happen, Sengupta’s film will be intensely frustrating because it is not eventful. The whole point of Labour of Love is to show the everyday routine and repetition that fills this couple’s life as they do what they need to in order to survive and hold on to jobs in a threatening economic climate.

From the few fragments of radio broadcasts that we hear, the film seems to be set in the mid-2000s, around the time of the global financial crisis in 2008-9, but given the time warp in which Kolkata has been stuck since the 1980s, Labour of Love is timeless. It could be set in any era. For the struggling middle classes, life has been this relentlessly exhausting forever. It could be seen as unbearably grim and soul-destroying or, if you’re Sengupta and his couple, you could force a poetic gloss to it. Beauty in the life of the middle classes lies only in the eye of the beholder.

Ultimately, however, Labour of Love becomes more of love’s labour lost because Sengupta struggles with the conclusion. The tone of the film shifts from real to surreal jarringly as the director tries to dodge the bullet of articulating just what is the relationship between husband and wife. When we finally see them together, there’s nothing – neither chemistry nor emotion. How they react and respond to one another would inform the hindsight with which we recall the routines and rituals they’ve performed earlier. Without this perspective, all Labour of Love is reduced to is striking cinematography that just looks beautiful but doesn’t tell a story.

When they see each other each morning, do they want to tear each other’s clothes off (admittedly it’s difficult to imagine a Bengali couple being that energetic even if they didn’t have exhausting jobs, but this is fiction after all)? Are they frustrated by the lives into which their love has been forced? Do they struggle to recognize each other? Do they rejoice at just the sight of each other? Do they feel awkward because their loved one is more real in their imagination than they are as a flesh-and-blood person? We don’t know. Sengupta rushes into an insipid dream sequence and fills the screen with more hollow prettiness.

From the storytelling point of view, the end of Labour of Love is a frustrating and critical misstep because it takes a gorgeously promising film and turns it into a disappointment. Still, despite this, Labour of Love is memorable, mostly for its sensitive cinematography, but also because Sengupta was brave to trust his camera, actors and soundscape to tell a story. Labour of Love is quintessentially arty, but this time around, it’s not a bad thing. 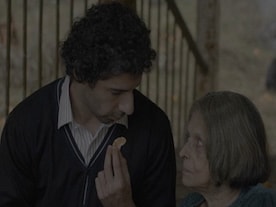 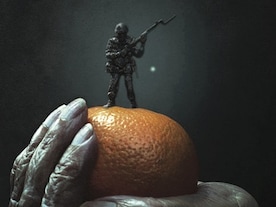