Benjamin Glaze, a 19-year-old from Oklahoma who came to the newly revamped popular reality show American Idol in hopes of becoming a pop-star, had the best or the worst day of his life, given how you look at it.

The country music superstar Luke Bryan started off Glaze's audition with the question, "Have you ever kissed a girl and liked it?," an obvious reference to the popular Katy Perry song 'I Kissed a Girl'. When Glaze responded by saying that he never been in a relationship and hence never kisses a girl, Katy Perry let out a surprised "Really?'.

She then asked Glaze to step forward and her on the cheek, which a clearly nervous and seemingly uneasy Glaze did. Perry, though, wasn't impressed with Glaze's peck on her cheek because he "didn't even make the 'smoosh' sound." During a second attempt at the kiss. Perry hustled Glaze and, well, the 19-year-old fell to the ground in shock.

Glaze recovered from the shock of being kissed by Katy Perry and quipped, "how was it?", making things a little less awkward that it was for him.

Glaze, in an interview with the New York Times, said, "I was a tad bit uncomfortable. I wanted to save it for my first relationship. I wanted it to be special. Would I have done it if she said, ‘Would you kiss me?’ No, I would have said no. I know a lot of guys would be like, ‘Heck yeah!’ But for me, I was raised in a conservative family and I was uncomfortable immediately. I wanted my first kiss to be special."

Katy Perry's actions has not gone down well with the internet.

Now, many have started to call the pop-star out for hypocrisy, and even accused her of sexual harassment. Twitter has been ablaze with arguments such as what if the genders were reversed and it was an older male who did the same with a teenage girl? A section of the American media has labelled Perry's actions and the media's reactions to it as liberal bias.

So Katy Perry basically sexually assaulted someone on American Idol. If the genders were reversed, not only would there have been a firing, but perhaps an arrest as well. Just think of a female contestant saying this about a celebrity judge kissing her: pic.twitter.com/g4uCtrn3Vh — neontaster 🚟 (@neontaster) March 14, 2018

Why is it not considered sexual harassment for Katy Perry to kiss a contestant who did not ask for it. There is a double standard here with liberals yet again! #MeToo — Lori Hendry (@Lrihendry) March 15, 2018

Imagine if a 33 year-old male artist tricked a 19 year-old female auditioner into a kiss like Katy Perry just did with that teenage guy. Would we all think it was cute? #AmericanIdol — Craig M. Tiede (@craigmtd) March 12, 2018

Ok, let’s be real for a minute: If Katy Perry was a man and that American Idol kiss happened to a woman, it would be sexual harassment, right? If we want people to listen to legit claims of harassment by women, we need to end the double standards. My 2 cents.

Benjamin Glaze has now downplayed some backlash aimed at Perry. The 19-year-old took to Instagram on Wednesday to say he did not think he was sexually harassed.

Hi everyone, I would like to clear a few things up for anyone who is confused, concerned, or angry. I am not complaining about the kiss from Katy Perry at all, doing a few news reports and being interviewed by many different reporters has caused some major questions. The way certain articles are worded is not done by me, and my true intentions are not accurately represented in every article you read about the situation. I am not complaining about the kiss, I am very honored and thankful to have been apart of American Idol. The main purpose for the show is to find stars and new music artist. I do wish I would have performed better in the moment. I should have picked another song to sing and calmed myself down regardless of the kiss. I should have been able to perform under pressure. I do not think I was sexually harassed by Katy Perry and I am thankful for the judges comments and critiques. I was uncomfortable in a sense of how I have never been kissed before and was not expecting it. My main goal is to reach people through the universal love of music and not cause strife or anger against anyone or about any situation! Please take into consideration that I don’t believe my views have been appropriately communicated through the media! Thank you to everyone who has followed me in this journey and I hope I answered a few questions. . . . . . #americanidol #katyperry #music

The singer from Oklahoma says he was uncomfortable when Perry kissed him on the lips as he auditioned during the show's two-night season opener on ABC. Glaze says he had never been kissed before. He needed some water before singing Nick Jonas' 'Levels', which Perry called "a bit rushed."

Perry, Lionel Richie and Luke Bryan did not send Glaze to the next round. Glaze says he should have picked another song and calmed himself down regardless of the kiss. 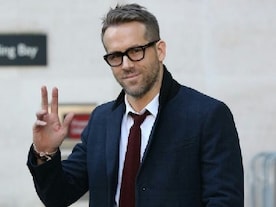