Kangana Ranaut was in Hyderabad shooting for her upcoming film Manikarnika - The Queen of Jhansi, when she suffered a serious head injury during a sword-fighting sequence. A report in Mid-Day mentions that in this scene, Ranaut was shooting with her co-star Nihar Pandya and was struck by his sword, resulting in profuse bleeding. 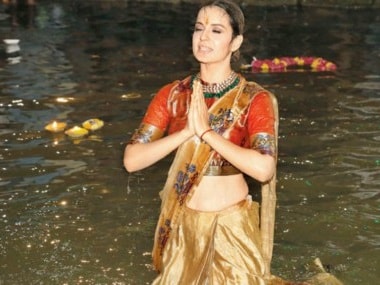 Kangana Ranaut at an event for Manikarnika - The Queen of Jhansi. File photo

"Kangana was immediately rushed to Apollo hospital nearby, where she was admitted into the ICCU. She got 15 stitches on her forehead and will be under observation in the hospital for a few days. The examining doctor said that it was a close shave for her because the cut was too close to her bone," said a unit hand speaking to the daily.

Kamal Jain, the producer of the film, said that the sequence had been rehearsed multiple times. It is also being reported that Ranaut insisted on doing the scene herself and refused a body double.

Jain further added that Ranaut was supposed to duck when Pandya attacked her as a part of the scene's scripting, but the timing of the movements went wrong and Pandya's sword hit her forehead instead. It resulted in a deep cut between her eyebrows. The journey to the hospital took 30 minutes, Jain said.

Ranaut will be discharged from the hospital next week. Currently, she is under the care of a plastic surgeon and may have to opt for plastic surgery in the future. The doctor has said that the gash will leave a scar, but a source from the unit says that Ranaut plans to not hide it. She will, instead, flaunt it as a part of the persona of her character.

Pandya is said to have apologised profusely, but the unit hand informs that Ranaut pacified him. The cast and crew of Manikarnika - The Queen of Jhansi have been shooting action scenes in Hyderabad's Ramoji Film City for almost a week. 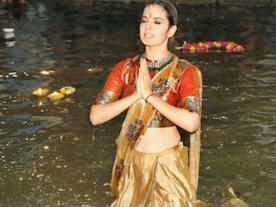 Kangana Ranaut was the best choice, didn't hijack project: Producer of Manikarnika: The Queen of Jhansi