Jiah Khan's mother meets US authorities over probe into her death

Mumbai: A week after the US authorities expressed willingness to help probe actress Jiah Khan's death case, they have assured her mother Rabiya Khan that a reminder would be sent to Indian officials offering their assistance, her lawyer said today.

Rabiya had on Wednesday said she would move the Bombay High Court seeking a reinvestigation of the case by CBI or a Special Investigation Team from the angle of possible murder after Mumbai police charged actor Suraj Pancholi with abetting the British-American actress's suicide. Rabiya, a British passport holder, had also written to US Ambassador to India Nancy Powell seeking FBI's assistance in the reinvestigation as her daughter was an American citizen.

A communication was received from the US embassy that while the FBI was willing to support the investigation in an advisory role, it cannot do so unilaterally, without Indian law enforcement agencies agreeing.

A subsequent communication from Rosemary Macray, Chief of the American Citizens Services Unit, said the Legal Attache at the US embassy had on January 21 itself sent a request letter to the CBI whose response to the offer of partnering with the US agency in the probe was awaited.

"We met Rosemary Macray, Chief of the American Citizens Services Unit, and we were told that the consulate will send reminders to the Indian authorities offering help from the FBI in all possible respects, especially forensics," Rabiya's lawyer Dinesh Tiwari said.

"Nobody from FBI was, however, present at the meeting," he said, adding Rabiya also submitted various documents related to the case to Macray.

Jiah (25), who had made a high-profile debut in Hindi cinema opposite Amitabh Bachchan in Ram Gopal Varma's 2007 flick 'Nishabd', was found hanging from a ceiling fan at her Juhu home on June 3 last year. She was in a turbulent relationship with Suraj Pancholi, son of actors Aditya Pancholi and Zarina Wahab.

Rabiya, who suspects her daughter was murdered, has since been demanding a CBI probe in the case.

However, Mumbai police had earlier this month filed a charge sheet accusing Suraj of abetment to suicide, but said it found no evidence to suggest murder. 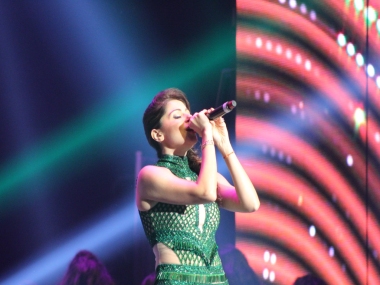