By Deepanjana Pal and Mihir Fadnavis

If a good film festival is characterised by the humming excitement of people queuing up to see titles they've been reading about, then the flip side of the coin is the disappointment that comes from films that don't quite live up to the hype. This year, the schedule for Mumbai Film Festival didn't look quite as stellar as the past two years, but the lineup still included some of the biggest names, like Jean-Luc Godard, and many films that have made cinephiles chatter excitedly.

Particularly when you keep in mind that this year, MFF was put together in a little more than a month, the Mumbai Academy of Moving Image did a remarkable job getting the films it did. However, that doesn't mean there weren't films that made us wonder why the hell we'd fought the good fight to show up in a mall in Andheri and queue up at 9.30am. Here are Deepanjana Pal and Mihir Fadnavis's top five overrated films from the 16th Mumbai Film Festival.

The biopic of one of the world’s most celebrated fashion icons was supposed to be as luxurious as his products, but it turned out to be an ostentatious and hollow piece of fluff. Gaspar Ulliel looks great in fancy suits and a wig, but narratively, the film rendered nothing interesting about Laurent's life. First world problems and repeated shots of ramp walks didn't help hold my attention. Clearly, France is as oblique as us when it comes to sending films for the foreign language Oscars competition.

As a long-time reader of the New York Review of Books, I was really looking forward to a documentary on this magazine that is something of an institution. While Martin Scorcese and David Tedeschi as directors include some delightful footage of people like Susan Sontag and Gore Vidal, this was less a documentary and more of a gushing tribute that would have us believe that aside from NYRB, there's no one who has managed either reportage or criticism in the last 50 years. The magazine deserves a better and more balanced take than this.

Michael Hazanavicius’s The Artist was probably the most enjoyable movie of 2012. Unfortunately, the follow up to his Oscar winning film is a melodramatic mess. The Search follows a Human Rights personnel (Berenice Bejo) trying to rescue a boy during the Chechen war in 1999, and the film unfortunately plays out with mawkish sentimentality and saccharine tones. Hazanavicius tries to make a bold political statement but ends up pandering to the kind of audience that would be easily swayed by schmaltz. Strangely, the film works really well when it's silent and falls apart when there is noise, both from the characters’ mouths and the orchestra. Perhaps Hazanvicius’s talent lies only in the silent film, much like the protagonist from his previous movie.

The screening of Unto the Dusk began with the film's editor warning audiences that this is a non-linear film. A reference was made to Jean-Luc Godard's Goodbye to Language, and then the film began with a man having sex with a corpse. Turgid, pretentious and plagued with self-indulgence, Unto the Dusk is a prime example of what happens when young filmmakers decide they're going to be "artists". Like a skipping stone, the film touches upon everything from Christian faith, necrophilia and the Oedipal complex. This, along with some gorgeous shots of the north Kerala countryside, should be the stuff that keeps an audience at the edge of its seats, but all Unto the Dusk managed was to be boring.

Naomi Kawase’s film was sent to compete at Cannes and the director has herself referred to it as a masterpiece. Perhaps it was a case of expectations not being met, but Still the Water was a deadly, dull jaunt at the festival. The film tries to connect the audience to themes of love, death and everything in between, but it does so with a ton of self-importance. Characters talk needlessly slowly, shots linger aimlessly, and the dialogue itself is amateurish while masquerading as a philosophy masterclass.

Alain Resnais has given us some fantastic festival fare, like Last Year at Marienbad, Muriel, Private Fears in Public Places and Smoking/No Smoking. Life of Riley, his latest film, has elements that Resnais has used quite effectively in previous films. It's an adaptation of an Alan Ayckburn play, whose work Resnais has adapted in the past. The film borrows heavily from theatre and is essentially a play that is filmed. While theatre traditions have enriched a number of Resnais films, Life of Riley is perhaps the worst example of the filmmaker's fascination for theatre. It’s hard to ignore a new Jean-Luc Godard movie when it plays at a movie theatre and the fact that he’s made a 3D movie seemed to good to be true. The thing with Goodbye to Language is that you’ll either be disappointed by it or downright hate it, depending on how rabid a fan of his work you are. The disappointment stems from feeling an opportunity has been wasted on screen. The film is as abstract as a film can get, and while Godard employs some unusual narrative techniques, it isn’t either compelling or reflective of his previous work.

There was so much buzz about this film because it's the first Iranian vampire Western, which makes Ana Lily Amirpour's film sound like the intersection of hipster cool. If A Girl Walks Home Alone At Night had been a short feature, then this black and white film starring an Iranian James Dean and a shawl-shrouded Winona Ryder lookalike would have been one of the high points of MFF. There's the novelty of a Farsi-speaking vampire and the striking cinematography that makes A Girl look like a graphic novel come to life. Unfortunately, as a full-length feature, A Girl... was all about style and too little by way emotional depth and complexity.

Lars Von Trier’s film has got a few people talking for sure, but not because it’s a particularly great film. The film tries to be an epic masterpiece on the fragility of the human condition, but is really not as deep and insightful as it thinks it is. Repeated shots of shocking sex scenes only get overbearing after a point of time, and the film makes its singular point five thousand times until the ending; which unravels approximately four hours later than required.

Footnote by Deepanjana Pal: Particular dollops of sympathy for those who survived the following: One on One, Nymphomaniac Vols 1 and 2, Beloved Sisters, The Search and Saint Laurent. 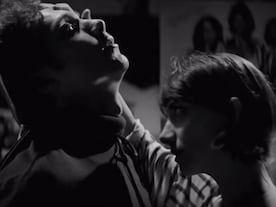 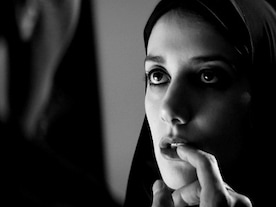 It's Friday the 13th! From 'Babadook' to 'The Witch', five horror films that will give you the chills 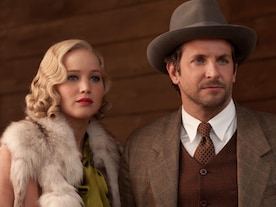 Mumbai Film Festival 2014: Here are the films that you shouldn't miss