The Great Indian Laughter Challenge already has Akshay Kumar's presence confirmed in the capacity of a super judge. Now two more judges have been added to the panel, with the slot for one judge left that is still to be filled. 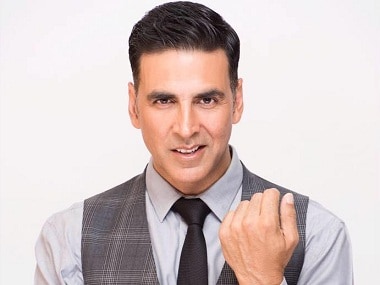 Kumar reportedly had detailed and long discussions with Star Plus before he flew out to the United Kingdom to shoot for his schedule for his next — an upcoming biopic called Gold.

Apart from Kumar, the other two judges of the show aren't going to be Zakir Khan (a stand-up comedian by profession) and Hussain Dalal (an actor-writer), according to a Mumbai Mirror report. The channel is reportedly still in search of the third and final panelist for their laughter riot, and it is speculated that it will be a female judge.

"Yes, I'm onboard as mentor. It was a huge challenge for me to transform comedy, which was a passion, into a full-time profession. This show offers comics a platform to create their own identity through their content. Comedy involves two things —punchline and presentation. Even a mediocre joke can be hilarious depending on how you tell it. We are looking for comedians who can make people laugh not only while the joke is being told but even a couple of hours later where you remember it," said Khan according to the same Mumbai Mirror report, ruing that it is not easy for a comedian to churn out fresh content with ease.

Dalal, having written dialogues for mega hits like Yeh Jawaani Hai Deewani and 2 States claimed that in a country like India, humour can be found on each and every street, however in the last few years we have set our eyes upon the West, letting comics from first-world countries impress upon us easily.

The Great Indian Laughter Challenge  is all set to replace Remo D'Souza's Dance Plus 3 on Star Plus will follow a format that is similar to D'Souza's current talent hunt that is being aired. The Great Indian Laughter Challenge will also be slotted into the weekend spot. Kumar is supposed to have the full autonomy on who continues in the competition.

The Great Indian Laughter Challenge is set to air on Star Plus towards the end of September.