Madhur Bhandarkar is most likely to knock on the doors of Film Certification Appellate Tribunal (FCAT). In the wake of the ongoing protests against his upcoming political drama Indu Sarkar, CBFC chief Pahlaj Nihalani has asked Bhandarkar to approach FCAT in order to get his film certified.

The Congress party has taken their outrage straight outside CBFC office in Mumbai. The protesters have decided to stand outside the office to make their stand even stronger. Mumbai Mahila Congress members are also planning to meet Central Board of Film Certification (CBFC) Chairman Pahlaj Nihalani to discuss their contentions about the depiction of past Congress leaders in the film.

The Mumbai Youth Congress has sent out a letter to Nihalani demanding the promos to be stopped and the film's screening to be banned: Owing to these protests and outrage, Bhandarkar has been given police protection; he will have two policemen in the day and two at night for his security, reports NDTV.

Speaking to Firstpost Hindi, Bhandarkar said, "Congress can't change history by threatening me. My daughter and my entire family have gone under shock after this turn of events. I had never expected anything like this to happen."

Indu Sarkar is making headlines ever since the trailer of the film was out. Set against the backdrop of the Emergency, the film has characters based on the late Prime Minister Indira Gandhi and her son Sanjay Gandhi.

The Congress party is apprehensive that the film might distort history and show the party leaders in bad light. Thus it has been persistently opposing the film and the character portrayals and has lately turned to sending open threats to the film-makers. First in Pune, an event was cancelled and the entire film's team was in sort of a "hostage" situation on 15 July.

Bhandarkar said in one of his tweets, "Congress workers have barged in the hotel lobby and created ruckus, me and the team are stranded like hostages in hotel room. Pune activity cancelled."

This was followed by the director showing his disappointment after another promotional show was cancelled in Nagpur. Bhandarkar tweeted to Rahul Gandhi, asking him and his party to stop interfering in the press conferences of his upcoming film. Dear @OfficeOfRG after Pune I have 2 cancel today's PressCon at Nagpur.Do you approve this hooliganism? Can I have my Freedom of Expression? pic.twitter.com/y44DXiOOgp — Madhur Bhandarkar (@imbhandarkar) July 16, 2017 CBFC has suggested 12 cuts and two disclaimers in the film. Bhandarkar had been asked to remove words like RSS and Akali from Indu Sarkar.  He had previously mentioned that he will visit the revising committee regarding this. He also refused to make any changes as instructed by the censor board. Speaking about this, he said, "The censor board asked me to cut nearly 16 scenes from the film which were passed  during the trailer and promos. I can't understand their logic behind this move. I won't delete those scenes off the film."

He had previously tweeted expressing his disappointment regarding these proposed cuts:

#InduSarkar censor cuts list.in trailer dialogues is ok not in the film.🙏 pic.twitter.com/sKbkFJonpU

All this fuss around the film precipitated when Mumbai Congress President Sanjay Nirupam penned a letter to Nihalani, asking for the movie to be screened for them before it is censored. Ever since the film has been in some or the other news. 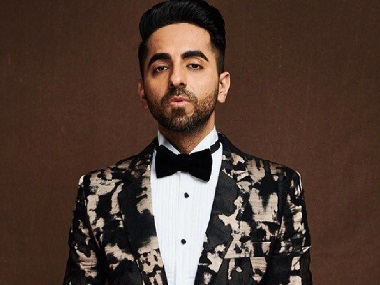 Ayushmann Khurrana on Shubh Mangal Zyada Saavdhan: 'This film is targeted for the average Indian homophobe'