A few years ago — the exact date eludes me — I interviewed Lata Mangeshkar at her Peddar Road home in Mumbai. We talked of many things, among them a song that is inextricably linked with Mangeshkar’s singing voice, is emblematic of her oeuvre and, of particular relevance today, enmeshed in the national imagination. Ae mere watan ke logon lasts just under seven minutes, but in that time, has managed to move the most poised of prime ministers to tears. And to think that 53 years ago, when she was offered the song, Mangeshkar nearly turned it down. As she describes it in her words – reproduced below – the song that came to be a nation’s voice had the most prosaic of beginnings.

“Kissko pataa tha yeh gaana logon ko itna pasand ayega? (Who knew the song would be liked by people so much?). When Ae mere watan ke logon was being created, we never thought it would become such an imperishable patriotic anthem. I recall vividly that cold winter evening in Delhi when I sang the song as part of Republic Day celebrations in front of an audience that comprised President S Radhakrishnan, Prime Minister Jawaharlal Nehru, Indira Gandhi and so many other distinguished guests. It was Pradeepji (Kavi Pradeep), the poet, who wrote the lyrics, who came to me and asked that I sing the song. I declined because there was no time to rehearse and prepare to sing it in front of so many distinguished people. You see, at that time I was working round-the-clock. To give special attention to one song seemed impossible. We had very little time to get Ae mere watan ke logon ready. Rather than do a rushed job, I wanted to opt out. But Pradeepji said if I don’t sing it, he would scrap the idea. I agreed. But I suggested we format the song into a duet with me and Asha (Bhosle). But Pradeepji wanted it to be a solo. I insisted that we do it as a duet. In fact Asha had even rehearsed the song. But then, days before we were to fly to Delhi, she came to me and said, ‘Didi. I’m not coming to Delhi.’ I tried to convince her to change her mind arguing that her name had even been printed in the newspapers as one of the singers for Ae mere watan ke logon. But she was adamant. I told (composer-singer) Hemant Kumar who had actually orchestrated the project about Asha’s decision not to accompany us to Delhi to perform the song. Hemantda also tried to convince Asha. Lekin woh nahin manee (She refused to yield). It was left to me to rehearse alone for the song.

Pradeepji told C Ramachandra, who composed the tune for his words, about my predicament. Ramachandra told us he had to be in Delhi at least four to five days in advance before the performance. So he was unable to rehearse the song with me. Instead he gave me a tape of the number. I picked up the tune from the tape and flew to Delhi on 26 January with all the big names from the film industry. Dilip Kumar, Raj Kapoor, Mehboob Khan, Shankar-Jaikishan, Madan Mohan... we were all in one aircraft. I was listening to the tape containing Ramachandraji’s rendition of the song all through the flight from Mumbai to Delhi.

I was accompanied by my best friend Nalini Mhatre. When we reached Delhi in the night I had a stomachache. I asked Nalini how I’d sing in my condition. She told me not worry, everything would be fine. On 27 January we reached the venue. I sang two songs. The bhajan Allah tero naam followed by Ae mere watan ke logon. I was very relieved to get it over with. After I finished my two songs, I went backstage to relax with a cup of coffee unaware what an enduring impact the song had created. Suddenly I heard Mehboob Khan saab calling for me. He caught hold of my hand and said, ‘Chalo, Panditji (Jawaharlal Nehru) ne bulaya hai’. I wondered why he wanted to see me. When I went out everyone including Panditji, his daughter Indiraji, Radhakrishnanji stood up courteously to greet me.

Mehboob Khan saab said, ‘Yeh rehi hamari Lata. Aapko kaisa laga usska gaana?’ (Here’s Lata. Did you like her song?) Panditji said, “Bahut achcha. Mere aankhon mein paani aagaya’. (It was most beautiful. Tears welled up in my eyes). They all complimented me. Then we were all invited to Panditji’s home for tea. Some of us from the film industry including Shankar-Jaikishan, Raj Kapoor, Mehboob Khan and Dilip Kumar proceeded to his home. While the rest of the entourage spoke eagerly with Panditji I stood in a dark corner, hesitant to make my presence felt. Suddenly I heard Panditji say, ‘Lata kaha hai?’ (Where is Lata?) I remained standing. Then Indira Gandhi came and took my hands saying, 'I want you to meet two of your little fans'. She introduced me to little Rajiv and Sanjay Gandhi. They did namaste and ran away. Panditji asked for me again. Mehboob Khan Saab came and took me to him. Panditji asked, ‘Are you going to go back to Mumbai to sing Ae mere watan ke logon?' I replied, ‘No, it was meant to be a one-off thing’. He wanted a picture with me. We posed for a keepsake and then I quietly left .I had to rush back because it was my sister Meena’s wedding in Kolhapur.

When I returned to Mumbai the next day with my friend Nalini I had no idea that the song had already become a rage. When we reached the city the media was buzzing with the impact that the song had made in Delhi; how Panditji broke down and so on. I attended a film premiere for a Marathi film where I had composed the music and the following day left for Kolhapur for my sister’s wedding. Away in Kolhapur I had no idea that the song was taking over the nation’s psyche. Who was to know that the song composed for a Republic Day function would have such an enduring impact? Only Pradeepji had faith in the song. He had prophesied to me, ‘Lata, tum dekhna yeh gaana bahot chalega. Log hamesha ke liye issey yaad rakhenge.’ (Lata, you wait and watch, this song will do very well. It will remain with the people forever). I didn’t take it that seriously. Since it was not part of a film I thought it would have a limited impact.

Ae mere watan ke logon became my signature tune. No show of mine, no concert or event is complete until I sing it. Credit goes to to Pradeepji for writing such powerful words, which reverberated across the nation. We had just come out of a war with China, in which we were defeated. The song triggered great patriotic pride in every Indian. My regret is that Pradeepji had not been called for the Republic Day function where I sang the song. If he was there he would have seen the impact Ae mere watan ke logon created.” 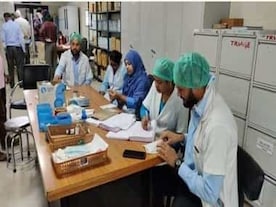