IIFA 2017 Best and Worst Dressed: Alia Bhatt is a yay, Neha Dhupia is (once again) a nay

Since it kicked off at the Millennium Dome in London in the year 2000, the  International Indian Film Academy Awards — better known as the IIFA Awards — has been among the splashiest extravaganzas organised in honour of the Indian film industry.

Always set in exotic foreign locales — musical medleys, power packed performances, celebrity appearances, to the award ceremony itself — everything about the IIFA weekend is grandiose.

The grand two day celebration is known for championing Indian cinema and all the artists who have contributed in taking Hindi cinema beyond the realm of our own nation. Films however, are not the only thing that are celebrated at the IIFA awards. The green carpet is very much a part of what makes IIFA special.

Every year, celebrities and other members of Bollywood come out in scores to showcase fashion and their personalised style with grace and oodles of panache. We see a bevy of beautifully (sometimes not) turned out individuals that give us #FashionGoals for months after the award show has come to a close.

This year's IIFA Green Carpet saw an eclectic mix of trends out of which we have picked our favourites (and our fails) for you! There was no doubt that Alia Bhatt ruled the red carpet (and dominated the awards too — winning Best Actor Female for Udta Punjab) at this year's IIFA Awards. Be it her Indian princess look in the pristine white Manish Malhotra lehenga that she wore to IIFA Rocks or her embellished Zuhair Murad gown on the day of the award ceremony — Alia walked onto that carpet and slayed it. Nargis Fakhri may not know what works for her in movies, but she definitely knows what works for her in terms of style. The actress wore this stunning Gauri And Nainika gown that fitted and flowed in all the right places. The deep maroon colour set off her skin tone fabulously, coupled with the low-key make-up and accessorising. All though we can argue that Fakhri's attire might have been a bit too casual for the occasion — however, all we have to do is look at her again. Shilpa Shetty stunned in this gold Monisha Jaising ensemble as she walked the green carpet for this year's IIFA awards. Her fit physique gave structure to the flowing ensemble, and Shetty's hair and make-up only added to the overall look. The risque thigh-high slit was the perfect element that took Shetty's outfit from wonderful to wow! Disha Patani looked gorgeous in this Falguni & Shane Peacock creation that had just the right amount of glittering gold! Her elegant hairstyle, the embellished body chain and the nude make-up made this outfit one of the winners of the night (much like Patani!) Katrina Kaif channeled her inner Aishwarya Rai circa Cannes 2017 in this powder blue Ziad Nakad creation. While we got major déjà vu looking at Kaif don this ensemble, we couldn't help but appreciate her flawless beauty (as per usual).

And here is the list of worst dressed celebrities We just have one question for Neha Dhupia — why? How it is that Dhupia manages to top one horrendous outift after another at almost each IIFA she attends is beyond us. Everything about all these looks is disturbing. Fashion police, we know you exist but you aren't doing your job! Taapsee Pannu showed up to this years IIFA awards wearing this Steven Khalil dress and closely resembling an exploded disco ball. Everything about this dress screams teenage party clothes — right from the tacky black fitted corset dress that Pannu is sporting underneath, to the excessive silver sequence and her over-the-top mane. Kalki Koechlin we love you, we really do. You're a strong, independent and talented woman who speaks up for all the right things, but really, what are you doing?!? Sporting this Gucci number, Koechlin looks like a thinly sliced piece of Salmon, and while that may be delightful to eat — it is not what one should aspire to resemble. Hey Rocky S, you forgot to add the rest of the world to Dia Mirza's IIFA gown! You know what? We're just going to leave this here. 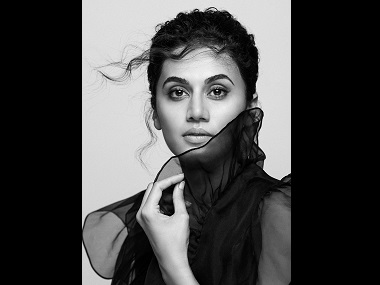