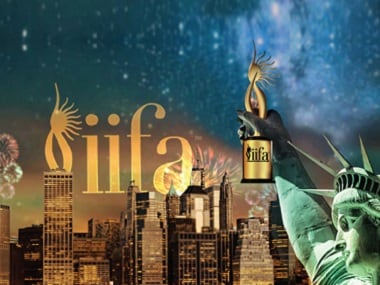 Since it launched in 2000, with its very first edition held at the Millennium Dome in London, the International Indian Film Academy Awards — known as IIFA — has been an important milestone for the Indian film industry. Over the years, it has grown to become one of the splashiest and most extravagant awards events ever, to commemorate Indian cinema. It has developed into the 'IIFA Weekend' — a time when every Bollywood celebrity worth his/her salt jets off to whatever international location the event is set in that year, and on the agenda is a mix of business and pleasure. Stars meet with their fans, walk the red — sorry, green — carpet, perform on stage, and also tuck in some time to kick back and unwind.

IIFA 2017 saw the scene of action move to New York (the 2016 edition had been held in Madrid). While there's already been a plethora of glitzy events and star-sightings — including the IIFA Rocks performance by AR Rahman that brought the house down (no sign of the ingrates who attended his Wembley concert and demanded refunds because the majority of the songs were in "South Indian", thank goodness) — the real business of the week will be the awards show held on the evening of Saturday, 15 July (the wee hours of Sunday morning for us in India).

And the evening promises to be an interesting one indeed.

On the anvil are performances that bring Bollywood's best to the stage, with hosts Saif Ali Khan and Karan Johar providing the lively commentary for the show. And then of course, there are the awards themselves — meant to honour the most outstanding films and performances of the previous year.

Who will triumph at IIFA 2017? What will turn out to be the best moments from the show?