If tax breaks for PK are alright, why not a subsidy for Satanic Verses?

The Chief Minister of Uttar Pradesh, Akhilesh Yadav, and the ex-Chief Minister of Bihar, Nitish Kumar, have decided that the Aamir Khan blockbuster, PK, which has offended some Hindu outfits, deserves an entertainment tax break.

Both Yadav and Kumar, not known to be film buffs earlier, decided to watch the film and decided that everyone needs to watch it. Hence the tax-breaks, when neither state is known for being excessively rich in tax revenues. The poor may not get enough to eat, but they should watch PK.

Hear film critic-cum-CM Yadav on it, as quoted in The Times of India: “People had been telling me for many days to watch PK. I downloaded it a few days ago, but only found the time to watch it last night. I liked it immediately and decided to make it 'tax-free' so that more people can watch it.”

One hopes he has downloaded a legal copy of the film. Now hear Kumar on it: “This film is not only entertaining but also creates awareness and has a positive message for society. All those protesting against it are hypocrites,” Kumar is quoted by The Hindu as saying. He gave a 10 on 10 to Aamir Khan for his lead role in it.

Regular film critics had better watch out. They now have powerful chief ministers, including one currently out of work, competing for their jobs.

Commonsense tells us that the Sangh outfits that attacked theatres for the film’s so-called anti-Hindu portrayals needed to be countered politically. So, Akhilesh Yadav and Nitish Kumar certainly did the right thing by emphasising their support for the film by watching it. This is more than what the vandals who attacked theatres did.

But the Maharashtra Chief Minister also told his cops to ensure that the screening of the film is not disrupted by protesters. He too made his point, but quietly.

One has to draw the line at giving official tax concessions for political purposes, especially for a commercial film that is already setting the cash-registers on fire. Early reports from box office watchers suggest that PK may become the first film to gross more than Rs 300 crore.

The question is: how is it right for two state governments to sacrifice state revenues for enhancing private profits? Should political points be made like this?

If Chief Ministers (or exes like Nitish Kumar) can arbitrarily decide which film should get tax concessions, how is this any different from crony capitalism? While Rajkumar Hirani and Aamir Khan may not be Akhilesh Yadav’s or Nitish Kumar’s cronies, the net result of this political oneupmanship will enrich them at the cost of the two states’ taxpayers.

And how far should political fights be taken at public expense?

Should Salman Rushdie’s Satanic Verses be given a taxpayers’ subsidy since it may be wholesome literature that everyone ought to read?

Both Yadav and Kumar have just lost it. Their need to make political points against a rising BJP is now turning out to be a case of cutting the taxpayers’ nose to spite the Sangh’s face. 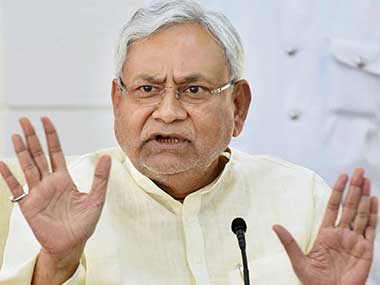 Nationwide Register of Citizens is needless, has no justification, says Nitish Kumar in Bihar Assembly after Opposition asks about his stand on CAA, NRC, NPR