I was the first one to support Ae Dil Hai Mushkil, says Ajay Devgn

New Delhi: Actor Ajay Devgn, who had come out in support of a ban on Pakistani artistes working in India,
says he never wanted Karan Johar's Ae Dil Hai Mushkil to be banned because it was shot before the tension between the two countries. 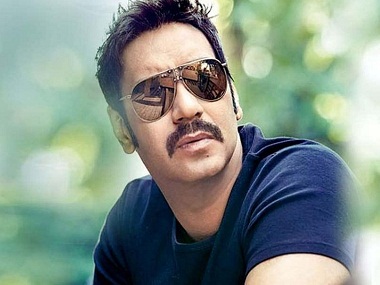 The 47-year-old star says he was the first one to back Ranbir Kapoor and Fawad Khan-starrer romantic drama, which will clash on the box office with his forthcoming film Shivaay this Friday.

"For me it's fair enough, two big releases always happen and both will work hopefully. I've always supported the
release of ADHM and I was the first one to do that in spite of all the controversies," Devgn told PTI.

The actor believes he has been misunderstood and purposely targeted for the statements he has not made.

"Controversies are always created not always by us... They are just created, misconstrued or done intentionally. They just happen and I don't want it to happen. I'm sick and tired. I don't even want to speak about it because it's just useless to talk about it.

"You can't blame us every time for the controversies. Sometimes they have been created by the people. I have never
attacked someone. I've been misinterpreted at times," he said.

Devgn also said he is not saying that he will not work with Pakistani artistes, but keeping in mind the present situation between the two countries he wants to stand by his nation.

When the debate began on whether Pakistani artistes should be banned in Bollywood, Devgn had said in a television
interview, "How do you expect me, when there is a constant exchange of bullets, to sit down and isolate them?"