How has OTT changed the way women are portrayed on screen?

It is the end of the stereotypical Bollywood heroine with OTT. There was a time when we saw roles of women being under-represented, but streaming has given us the opportunity to look at female characters particularly with a different lens.

Monika Shergill, Netflix India head says, “I think it is an opportunity with streaming as a medium to explore different kinds of layered characters of women. To bring about this change we have got female writers on board, female directors and to be able to give empowering and very flawed characters to women which reflects what we see around us.” Audiences are also enjoying watching those characters because you get to come close to those roles who are like you and not just paper cut outs. We get to see different shades of women because we are not just black and white, but all close to reality. But was it a conscious decision of the streaming platform to tell more women stories who are flawed, real and not putting them inside boxes of good and bad or black and white? To this Shergill says, “At a global level and at a local level we program in over fifty countries over the world and this is a very important part of the content mandate which is that we need to reflect more real women on screen. We consciously go for diversity and variety. The kind of stories we tell, creators and story tellers that we bring on the service and the theme and subjects that we touch. So, it is a conscious programming choice that we have made at Netflix to give diverse stories and to tell multi-gender stories.” Women are one half of the world and there is no reason that their stories are not going to be reflected. The OTT platform doesn’t box you. Reality is not just about the good or bad. It’s not just about the hero and the very army candy heroine, but much more than that. Actors like Shefali Shah, Vidya Balan, and Alia Bhatt have the skill to make us believe that a male lead is absolutely not necessary for a film to be successful.

As Shefali Shah rightly says, “OTT is about exploring, experimenting and expressing. And you can do it unabashedly and you can do it without holding back. It has changed the way how creative work is done in cinema whether it is a show or a film. And not just for actors that OTT has brought about a great time, but for content creators, writers, music directors, costume designers, the streaming platform has given us so much to explore. And most importantly OTT is not bogged down by the Bollywood requirements that there should be a hero, heroine and a villain and there is no content.”

It is the most liberating medium currently for storytelling. Shergill adds, “If you want to enjoy with friends and family, you can and if you want to enjoy a certain kind of content which is only your taste you can and that allows us to cater to the micro taste of the audiences. This allows our content to reach many dimensions and that is very liberating because then you can curate stories that are meant for very nuanced tastes also. Also you can tell stories that are broad and appeal to a large set of people.”

There is no doubt that OTT has truly brought about a change of the stereotypical Bollywood heroine. This change has been brought about by the streaming platform with the overall narrative changing in the way women roles are seen. Women are not just objects of desire. Methodology of choosing content and understanding what is going to work on OTT and what is not is also what the streaming platforms are paying attention to in a big way. For a very long time, the choice of the audiences has been underestimated and we have been fed on trash content by Bollywood filmmakers and producers, saying that this is what the audience wants. But not anymore. Not just women stories, but OTT in general is keen to deliver relevant stories for the audiences.

“For us it is really the power and novelty of the story. What size of audience you can appeal to and what you can say through the story that will really be living to the desires of the audience is what we pay attention to,” explains Shergill.

OTT has brought about diversity in content, formats, languages, themes and it is indeed a very democratic platform. Content is queen now mentions Shergill. Content has been king for too long. The power of ideas is most important. You can package stories with as much glossiness you want to- with bells and whistles, but at the core of it, the substance matters and that is where the statement holds true. Because at the end of the day content that touches you will be watched.

Actor Vidya Balan still believes that there is acceptance, but not complete acceptance of women led roles. She says, “I think there is still doubt that this phase of female led films and shows will fade. But I feel that it is here to stay and it is encouraging to see producers invest money in more such cinema with women as the main protagonist. Every female actor today is doing at least one female lead film. I do think we have come a long way and I feel very proud because I have witnessed this growth and the opening of mindsets and the widening of the horizon.” The truth is there has always been incredible stories around women even in the past. Mother India was a leading classic. Film critic Anupama Chopra says, “It is not that we have just arrived at the female narrative, but what has happened is that though the 1980s and through the period of the super hyped angry young man persona of Amitabh Bachchan, I think everything got sidelined. Not just women, the music, the comedians. Now we have arrived where Vidya Balan’s film is going to be led by Vidya. We just need to see richer writings for both male and female characters. But if we get to see more interesting, complicated women, it would be amazing.”

It is a happy scene to see that with the coming of OTT platform we are now liberated from the Friday mafia terminology. Appreciating and making real stories about women is what the streaming platforms are doing and that is what is making the content richer every day. Aparna Purohit, head of India originals at Amazon Prime Video says, “Now stories can take time and all layers can be explored. All characters can have very distinct arcs. And that the streaming platform has made it happen and has ensured that there is right representation in the writer’s room where the detailing really happens and a lot of research goes behind it. So, we spend a lot of time in development.” 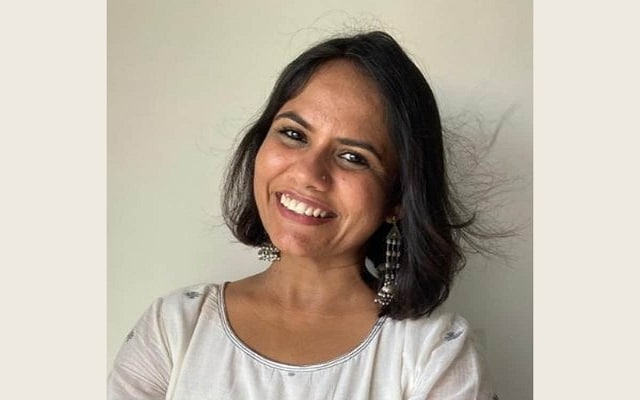 Taking to social media, he shared a picture of himself along with Anna and wrote, "It was her first visit to India and I could not have been more thrilled to meet the fashion demigod Anna Wintour and represent new emerging voices from Indian cinema."