How Leonardo DiCaprio deals with breakup: Leaves pub with 20 girls

So how would an average man deal with breaking up with a smoking hot, supermodel girlfriend? We suspect, by drowning his sorrows in copious amounts of alcohol and moping to unfortunate friends.

Not if you are Leonardo DiCaprio. Anyway, no one said he figures in the average-men-at-the-bar category. So, he showed the world how rebound can be stylish, and if we might add, intensely jealousy-inducing.

Associated Press reports: "Leonardo DiCaprio was spotted at Story nightclub, hanging with several ladies until the wee hours of the night Friday. He was also at Basel's VIP opening for serious art buyers on Wednesday, along with designer Vera Wang." Maggie Lange wrote in The Cut, "Leonardo DiCaprio, noted community organizer, successfully gathered up a group of nearly two dozen women to depart a Miami nightclub to an unknown but certainly superior location."

A eye-witness was quoted in various magazines as saying: "He left with 20 girls. Leo and 20 girls. He is my hero. He was overflowing with models everywhere. The Jonas brother looked scared, like he was going to drown and suffocate in the women. His face was hilarious."

DiCaprio recently broke up with his on and off girlfriend, Victoria's Secret model Toni Garrn.

According to a report on The Daily Telegraph, DiCaprio's relationship with Garrn has been on the rocks for a while now and he was seen hitting several parties at Miami while the 22-year-old supermodel was not spotted anywhere with him.

Obviously, the incident sparked a spate of Twitter jokes. Some are listed as follows:

Do you guys think Leonardo DiCaprio invited those 20 girls back to his house by saying, "So you wanna go to a real party?"

What if Leonardo DiCaprio brought those 20 women home and just made them sit through the movies he thinks he should've won an Oscar for. 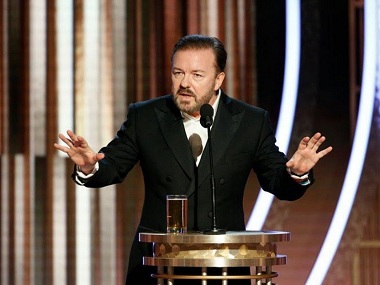