The defense’s first witness in the Harvey Weinstein rape trial took the stand late on Thursday to challenge an accuser's account of being raped by the disgraced producer and stumbled through a cross-examination when a series of texts he sent to Weinstein were read aloud in court to the witness’ surprise.

Producer Paul Feldsher took the stand and testified that he was friends with both Weinstein and the accuser, and said that during “an extremely long walk” in New York City in the early 1990s, “I remember Annabella saying to me that she’d done this crazy thing with Harvey.” 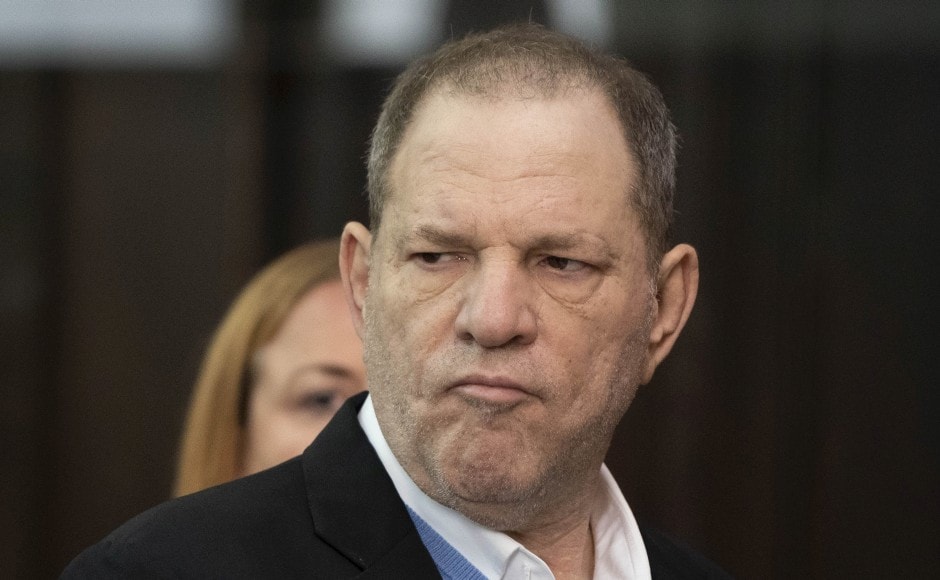 Feldsher said under direct examination that there was no reason to believe the incident was forced or violent.

“There was no component of what she said that was shocking or alarming. I don’t recall it being stressful. I think I would have been a horrible friend … I don’t remember having any more conversation with her about it,” he said.

Asked by a defense attorney what his understanding “of what this crazy thing was,” Feldsher testified that “my understanding was that she fooled around with him.”

But on cross-examination, a series of texts from Feldsher to Weinstein read aloud by prosecutor Joan Illuzzi undermined his credibility.

“Your appetites and ambitions for the things you wanted — a script, a movie and, yes, a girl — were, to put it mildly, voracious,” Feldsher wrote to Weinstein after dozens of sexual misconduct allegations in the fall of 2017 turned Weinstein into a national pariah.

At another point, Feldsher acknowledged texting Weinstein that the accuser "is an a——” and, “I think the dogpile of women who are suddenly recalling repressed memories is hideous.”

At one point the exasperated witness blurted out, “Listen, I’m learning a lot now and I had no idea that my text messages would end up in a courtroom.”

He also admitted texting Weinstein to say in reference to the accuser, “Well the rape version got her an agent at CAA, so there’s that,” and, conversely, that “if a lot of these girls had been my daughter I would have wanted to beat the shit out of you.”

Feldsher stumbled through some of his explanations to Illuzzi.

“I was trying, obviously, my daughter’s 13 so the thought of anyone in that context I found abhorrent at this point. I guess I was trying to put into context … I was also trying to be a friend,” he said.

Illuzzi asked Feldsher if it was true that “in the middle of telling Harvey Weinstein she’s a liar and an a——,” he texted the accuser herself.

Feldsher appeared to acknowledge that he did.

It was not immediately clear from the testimony exactly when Feldsher sent the texts to Weinstein and the accuser, but their content indicated they were sent after the accuser’s allegations against Weinstein first surfaced in the fall of 2017.

He was asked what he meant when he texted the accuser, “Bella, Meryl Poster [former president of television at The Weinstein Co.] asked me for your number I should have asked you before I gave it to her. … I’m sorry for a lot of things. Current events are way too much for text but obviously, acknowledgment goes to that awfulness.”

Feldsher denied the “awfulness” he was referring to was the accuser's newly surfaced allegation of being raped by Weinstein. Feldsher acknowledged he didn’t mean some of the things he said.

“Is it correct to say that you were saying things that you thought Harvey Weinstein wanted to hear?” Illuzzi demanded.

“And that’s what you’re doing today, aren’t you sir?” Illuzzi thundered, marching across the courtroom toward the witness stand. “Aren’t you saying things in this court that Harvey Weinstein wants to hear?”

“Categorically, no!” he shot back.

Asked to explain his “dogpile” comment, he insisted, “I meant a plethora not [the] animal.”

At one point, Feldsher tried to explain that he wrote what he did to Weinstein out of pity.

“This was somebody I knew who was in trouble,” Feldsher said. “I was talking to him partially because nobody else was. I felt badly that he was completely abandoned. I felt badly that it was difficult for him to be the recipient of due process.”

Asked when he last met with defense attorneys, Feldsher said he met with them two days ago. Feldsher completed his testimony as court ended for the day. 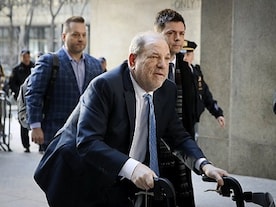