Rana Daggubati's highly ambitious project Haathi Mere Saathi is finally scheduled to release on 2 April, three years after it was announced. The makers have now released the teaser from the movie, which shows Daggubati play a spirited and eccentric animal vigilante.

The teaser presents a montage of shots — of the dense forests, of herds of elephants drinking water from the lakes, and of poachers trespassing on protected areas of the forest. When human beings try to encroach on Kaziranga's elephant corridor, the characters of Rana and Pulkit Samrat dedicate their lives to protect and safe-keep wild animals. At one point, when someone asks Rana's character if he assumes himself to be a god, he replies saying, "Banadev" (The forest deity).

Directed by Tamil filmmaker Prabhu Solomon, the trilingual will release as Kaadan in Tamil and Aranya in Telugu. For the Tamil and Telugu versions, Daggubati and Vishnu Vishal will play the lead roles. In Hindi, Pulkit Samrat will be seen as another protagonist. However, Solomon retained Rana in all three languages — Tamil, Telugu, and Hindi because of his pan-Indian appeal earned after the Baahubali franchise. The film features Shriya Pilgaonkar and Zoya Hussain as the female leads in all the three versions. The makers had previously released a series of new posters from the film on the occasion of Hug Day, where the lead actors were seen hugging elephants.

Nothing like a warm hug, is there? Especially when it's from a cute and friendly elephant! 🐘 Here's @ranadaggubati, @pulkitsamrat and @iamvishnuuvishal ramping up the love this #HugDay. ♥️ Here's wishing you loads of love, too! . . . . #Kaadan #HaathiMereSaathi #Aranya #hugday #ranadaggubati #PulkitSamrat #vishnuvishal A post shared by Eros Now (@erosnow) on Feb 12, 2020 at 3:22am PST

Backed by Eros International, the VFX of Haathi Mere Saathi has been done by Prana Studios, the studio behind Hollywood biggies, such as Life Of Pi and Thor, and the Bollywood film Detective Bymokesh Bakshi. 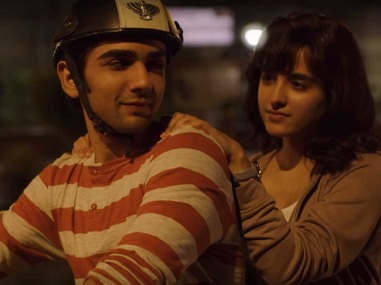