The wait is over! Pan Nalin’s Chhello Show will represent India in the Best International Feature Film category at the 2023 Oscars.

But how does a movie make it as India’s entry for the prestigious awards? What’s the criteria to be selected?

We examine how India picks its movies and how the nation has fared at the Academy Awards.

How does India make its choice?

Each year, India selects a movie for the Best International Feature Film category at the Oscars. This category was not among the 12 categories represented when the Awards were first held in 1929.

In 1956, the Academy Award for Best Foreign-Language Film was awarded for the first time. (Federico Fellini’s La Strada beat out four others.) Since then, with minor adjustments, it’s been a staple of the ceremony and has now morphed into the Best International Feature Film category.

India has been sending a movie each year for the Oscars, barring 2003, but in all these years only three movies have been shortlisted for the Oscar nomination in the category. 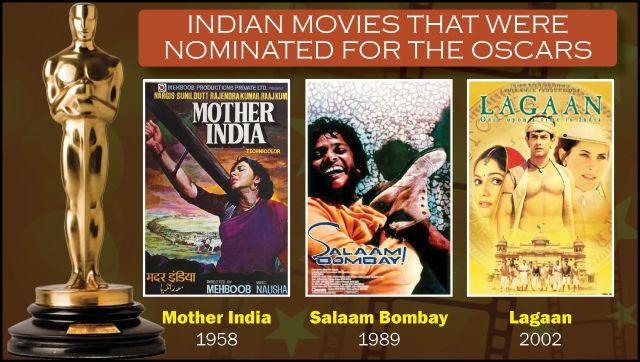 India’s Oscar entry is picked by a 17-member jury of diverse voices from the film industry, called the Film Federation of India (FFI). This collective is the controlling body of all the film associations in India.

The members from various crafts related to film and representing various regions of India chooses one film from a list of about 25-30 films sent by their respective trade bodies.

Not too much information is divulged about the selection process itself, but Suparn Sen, general secretary, FFI has been quoted as saying, “Rules state that the film should be Indian, second – it should reflect the culture of the country, and third – the language should be dominantly spoken in the country. ”

As per the FFI website, for a movie to qualify for selection, it should be more than 40 minutes long. Moreover, the film must have been first released in India no earlier than 1 January 2022 and no later than 30 November 2022.

Once selected by India, the movie then competes with other films from across the country to make it to the final nominations. For this, a “Phase I” committee of Academy members watch the movies and vote by secret ballot. A shortlist of 10 films is then announced, consisting of the committee’s top seven movies plus three more added by the Academy’s International Feature Film Award Executive Committee. Then a “Phase II” committee watches and votes on the 10 shortlisted films, to winnow the field to five nominees. Finally, only Academy members who have seen all five nominated films vote on the winner. 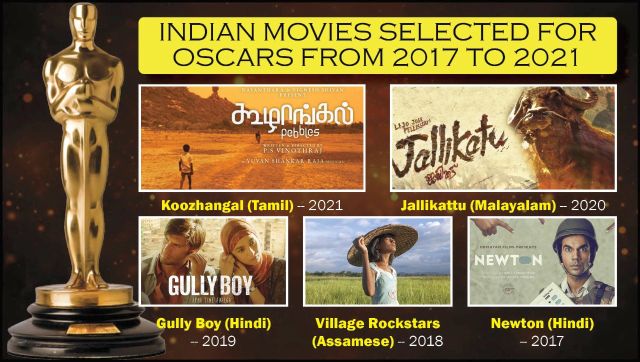 OMG! What a night this going to be! Gratitude to Film Federation of India and thank you FFI jury members. Thank you for believing in Chhello Show. Now I can breathe again and believe in cinema that entertains, inspires and enlightens! @LastFilmShow1 #ChhelloShow #Oscars

According to a press note, the film has been inspired by Nalin’s childhood in rural Gujarat. Chhello Show (Last Film Show) “is set at the cusp of the digital revolution and follows a nine-year-old boy ensnared by the magic and science of light and shadow that lies behind celluloid film projection”.

Produced by Siddharth Roy Kapur's banner Roy Kapur Films, Jugaad Motion Pictures, Monsoon Films, Chhello Show LLP, and Marc Duale, the movie was premiered at the Tribeca Film Festival in 2021, and will be released in Indian theatres on 14 October.

In fact, FFI producer TP Aggarwal was quoted as telling Indian Express, “Chhello Show was a unanimous decision by the jury. Out of the 17, all of them said we need this film. They said it is an Indian film that should go (for Oscar).”

The choice is indeed a huge surprise as many, including trade analysts, believed that SS Rajamouli’s RRR, the breakthrough Indian Telugu-language action-adventure epic, with its big box office numbers and wide appreciation across the country would be the natural pick for the Oscars.

In recent months, the film had created a buzz in the West with director Anurag Kashyap stating in an interview, “They (the West) find it (RRR) better than any Marvel movie. They’ve really gone crazy for it, even the silliness of it. And they are so blown away not only by the action sequences, but also the dance sequences. The West sees RRR differently than how we see it, and they’ve loved it. If RRR becomes the India selection, 99 per cent it might get nominated for the Academy Award. That is the impact that the film has had in the world of Hollywood. India might actually have a nomination in the final five, if RRR is the film that we pick. I don’t know what film anybody is going to pick.”

Past controversies over India’s choices

As soon as it was announced that FFI had chosen the Gujarati drama over the more popular choices of RRR and The Kashmir Files, a controversy erupted over it.

However, this isn’t the only time that India’s choices for the International Film category has been questioned.

Ahead of the 2021 Oscars, The New York Times’ film critics had listed Chaitanya Tamhane’s The Disciple in their Oscar picks lists. Film critic Manohla Dargis picked the Marathi film for Best Picture and Best Original Screenplay, while AO Scott selected Aditya Modak for Best Actor. But The Disciple was not India’s official submission, neither was Jai Bhim, which some critics were in favour of. The Tamil film Koozhangal (Pebbles) was eventually selected as India’s official entry in the category.

In 2013, film makers and others were shocked when critically-acclaimed and widely-loved The Lunchbox was not chosen as India’s representative to compete for the best foreign film category at the Oscars.

Really shocked and dissapointed....#LUNCHBOX had every factor working in its favour...we may have just lost our golden chance....SAD!!!

The FFI had then selected Gyan Correa’s Gujarati film The Good Road, a lost-and-found story about a boy and truckers in the Rann of Kutch as their official choice.